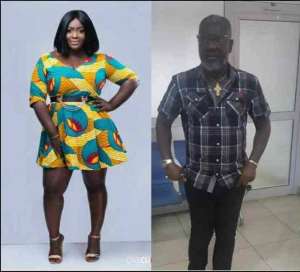 The reason, why Kim Maureen was signed by the father of the late Ebony Reigns’, has been revealed.

Nana Opoku Kwarteng has shockingly stated that the late Ghanaian musician keeps on tormenting him for some reasons.

Weirdly, Nana Opoku now nicknamed 'Starboy Kwarteng' indicated that Ebony tasked him to find somebody to represent her.

“Even while she was alive, there were times I dare not refuse her directives that is how come I refer to her as a queen. You can represent her but never replace her. In my interactions with her, she has asked I get someone to represent her and that is why I have settled Kim Maureen”, he revealed in an interview.

Heeding to the instructions, Nana Opoku has signed a new singer, Kim Maureen to represent.

Ghanaians were thrown into a state of shock following the demise of the promising female musician who passed away through a car crash.