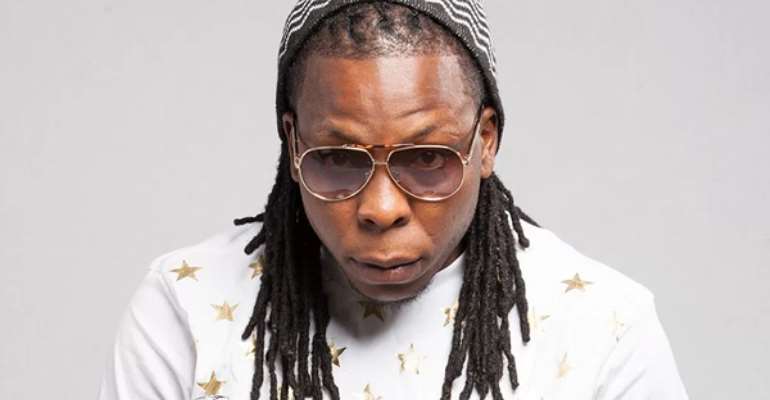 A fan on social media described what he went through during a Concert held at the Bukom Arena. According to him, he lost his wallet and was helpless at the event.

Detailing what happened, he wrote, ‘I went to Manifest’s concert at the Bukom boxing arena just to battle the Accra based rappers but that part didn’t come on and I wanted to perform but they didn’t allow me. My wallet got lost and didn’t know what to do anymore but I met Cama Sly and he took me to meet Edem and he asked me to join the car. I did. Shockingly and surprisingly, he took me to Reggie Rockstone’s place. We talked, took pictures and Reggie Rockstone said Edem has blessed me. Edem bought me food, gave me money and took Uber for me to Takoradi station. I boarded a bus to Takoradi.’

When Edem mentioned this to Manifest, he said, “My brother out here showing being a good human being is greater than being a good artist.” 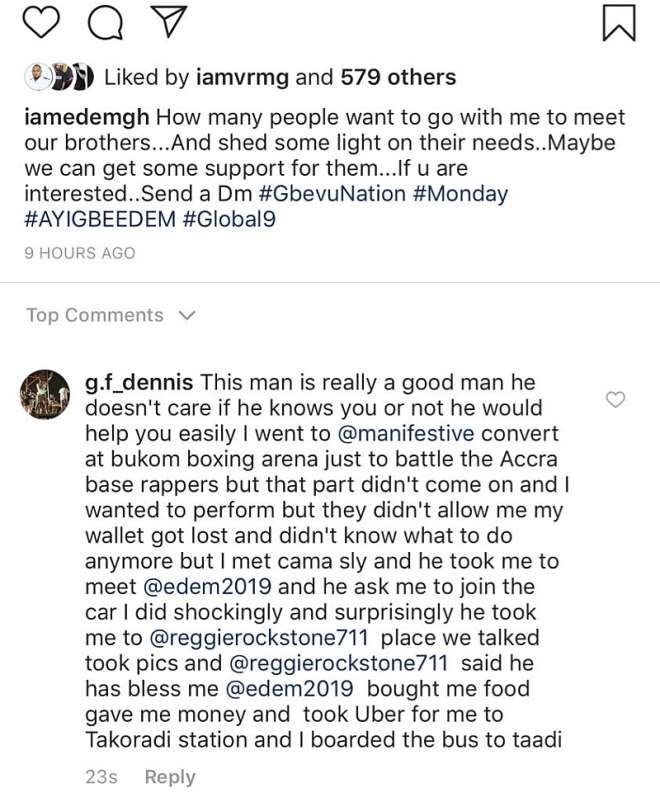 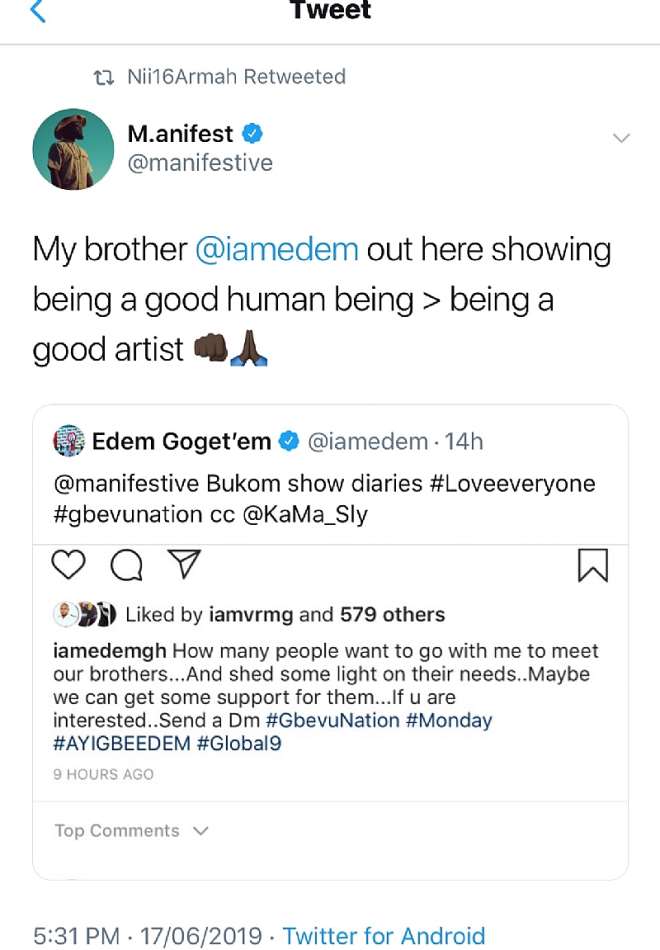