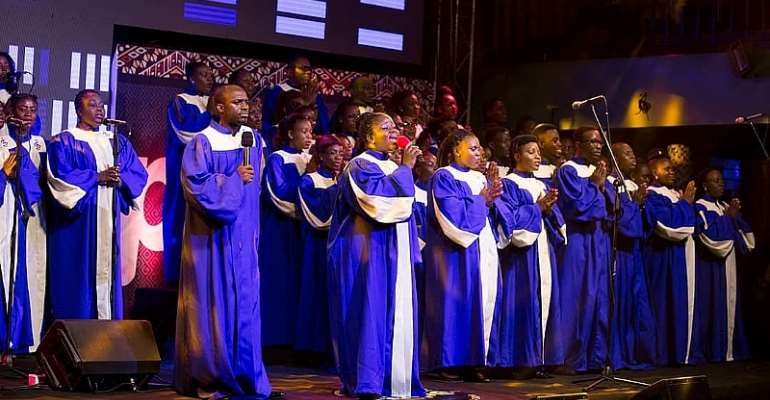 The group was recently awarded as the overall Best Music Group of the year at the 2019 Vodafone Ghana Music Awards (VGMA). It was the first time a Gospel Group won that category during the past 20 years the award has been in existence.

Before the VGMA, the Bethel Revival Choir had won three categories at the 2019 edition of the 3 Music Awards. It won Gospel Song of the Year, Gospel Act of the Year and Best Group of the Year.

This Friday, the group would be ministering at Love Chapel at a service under the theme “Power Over Powers That Waste Life”. It is a free event that is open to everyone who believes in the power of prayer.

“As a church, we are happy to host the Bethel Revival Choir. We believe in the ministry of the group and we believe God for another supernatural encounter this Friday. We are already praying into the service and trusting God it shall be followed with testimonies to His glory”, Head Pastor of Love Chapel, Prophet Ebenezer Ako-Nai noted.

The Bethel Revival Choir is under the Global Evangelical Church (GEC), a vibrant Bible-believing Church that believes in the full manifestation of the gifts and fruit of the Holy Spirit.

Though the Bethel Revival Choir has been ministering for some ten years now, the group gained mainstream recognition after the release of their second album titled ‘Akpe’ in 2018.

‘Akpe’ is a 15-track classic album with songs such as the popular ‘Agbadza Gospel Medley’ and ‘Vovome’ featuring Joe Mettle. It has other songs such as ‘Mawu Ana’ among others.

The group has a unique way of picking old traditional Ghanaian Christian songs and reproducing them with a contemporary flavor.

Venue for the service, Love Chapel International, is located at the Kwame Nkrumah Circle in Accra, exactly behind the newly built Kaneshi Trotro Station beside the Orion Cinema. Service starts from 9:00PM.