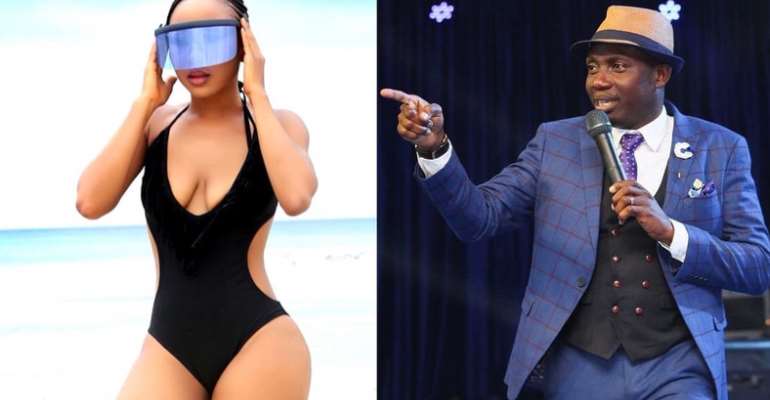 Controversial Actress Rosemond Brown, popularly known as Akuapem Poloo has hit back at Counsellor Lutterodt for disclosing the menial job she (Akuapem Poloo) used to do before becoming an actress.

The Counsellor in an interview on Accra based Okay FM with Abeiku Santana is reported to have said he knew Akuapem Poloo way before she became a socialite.

According to him, Akuapem Poloo used to be a sales assistant at Franko phones in Osu.

Unhappy about the Counsellor's statement, the social media celebrity now turned actress, on her Instagram page questioned if there is anything wrong with being a salesgirl.

She asserted she feels proud of previously working with Franko Phones because it is one of the biggest phone shops in the country.

"Counsellor Lutterodt what is wrong with being a sales girl? I thought you were going to say you saw me on the street doing prostitution or killing people," she said.

She further warned him to stop talking about her as this is the fifth time he has spoken about her on radio.

Find the video below: