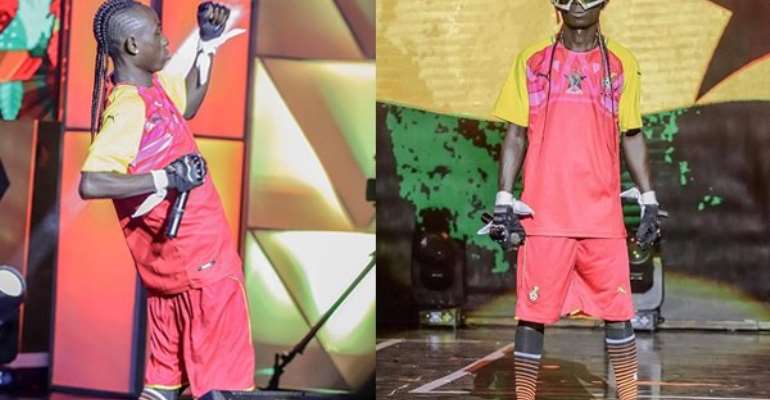 Patapaa simply outpaced all the acts who mounted the stage to perform at this year's concert.

On a night that expectations were so high, thousands who converged at the Accra International Conference Centre (AICC) on Saturday will forever remember Patapaa’s performance.

He gave them their monies’ worth.

The annual Ghana Meets Naija, as the name indicates, taps into the rivalry that exists between Ghana and Nigeria through the power of music and entertainment. 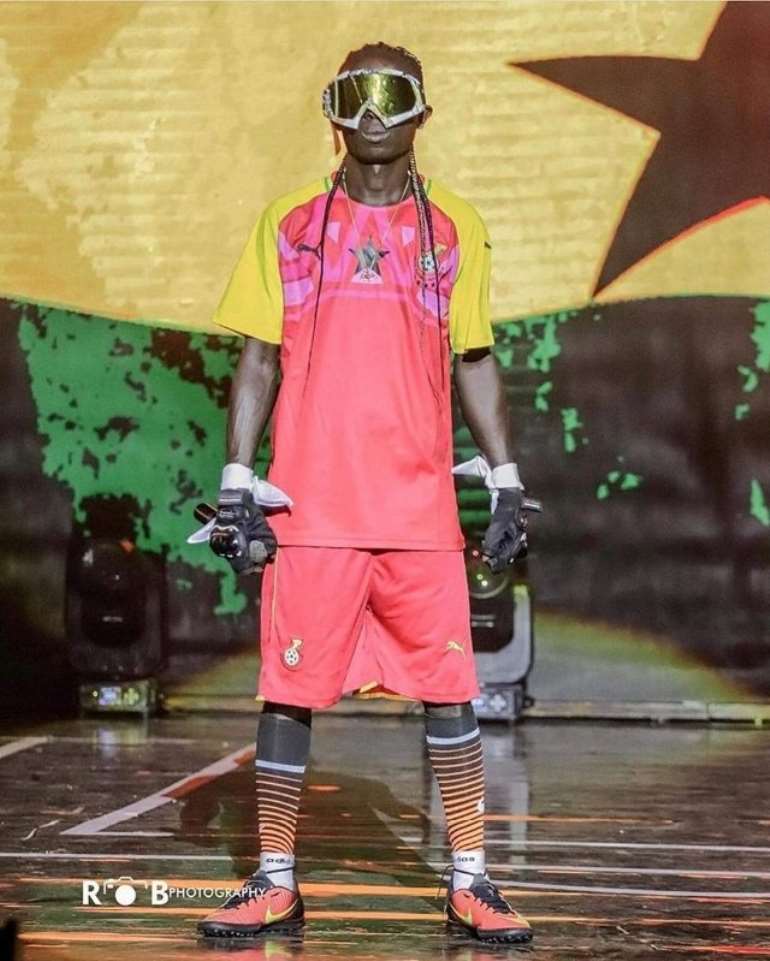 Organisers, fully aware of the 2019 African Cup of Nations kicking off in few days in Egypt, projected performers at this year’s concert as players representing their countries. ‘Musical Black Stars of Ghana’ verses the ‘Musical Super Eagles of Nigeria’. 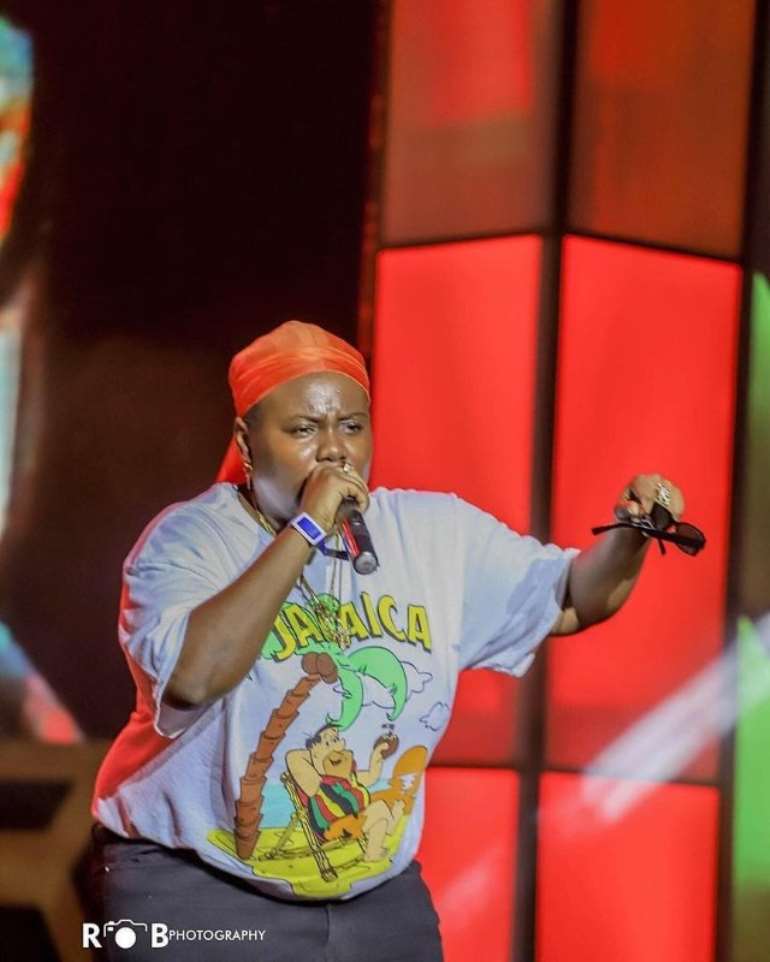 For Nigeria, Teni, Wande Coal and Victor AD held the fort for Africa’s most populous nation.

Patapaa was ushered to the stage wearing a red number 9 jersey which had a touch of yellow. 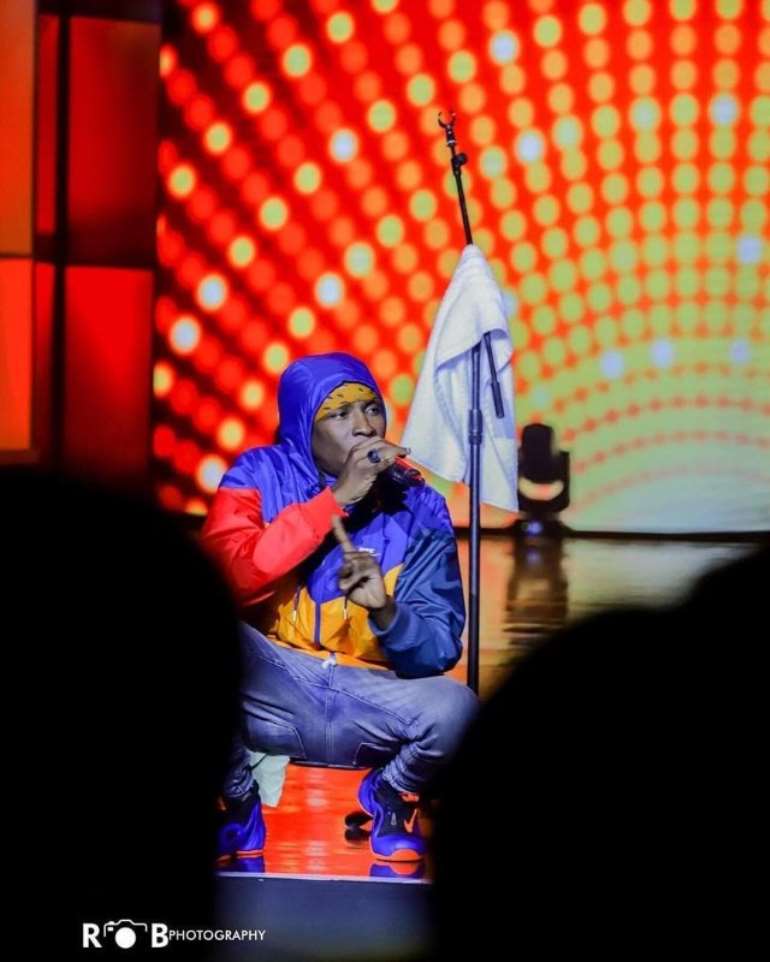 With the Ghana National Anthem playing in the background, his entry act depicted that of a striker who had been injured by his opponents – ‘Musical Super Eagles of Nigeria’. A commentator gave commentary of what was transpiring on stage. 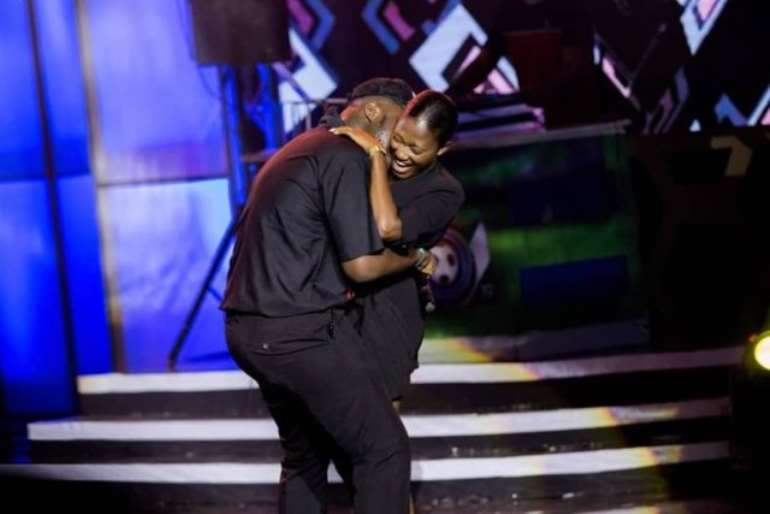 After receiving treatment, the Swedru-based act, known for the smash hit song ‘One Corner’, burst into action. With his new found vim, Patapaa, ‘Ghana’s top striker’ was simply magical on the night.

Joined on stage by his European girlfriend, who touched down in Ghana on Friday just in time for the concert, the musician thrilled patrons to songs like ‘Akwaaba’, ‘Body Fi Body’, and ‘Suro Nipa’, ‘Daavi Neba’ (which had the almighty #Skopatumana verse’ and ‘My Destiny’ which has triggered #Bread_Challenge. 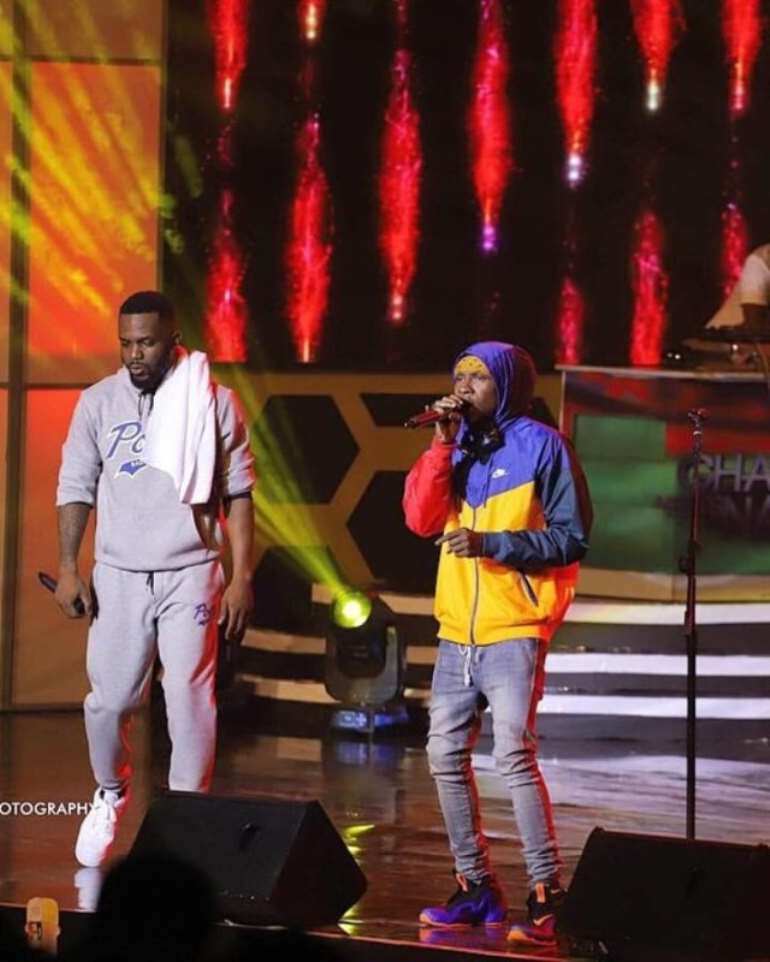 Another act who thrilled patrons with his energetic performance at the concert was Ras Kuuku. Also bursting with energy, he dished out hit songs ‘Wo’, Kpagbum Style, and ‘Nwansina’ to the delight of patrons.

Other acts on the night including R2Bees, Teni, Wande Coal, Victor AD, Kwaw Kese also did their bit to entertain patrons at this year’s Ghana Meets Naija concert. 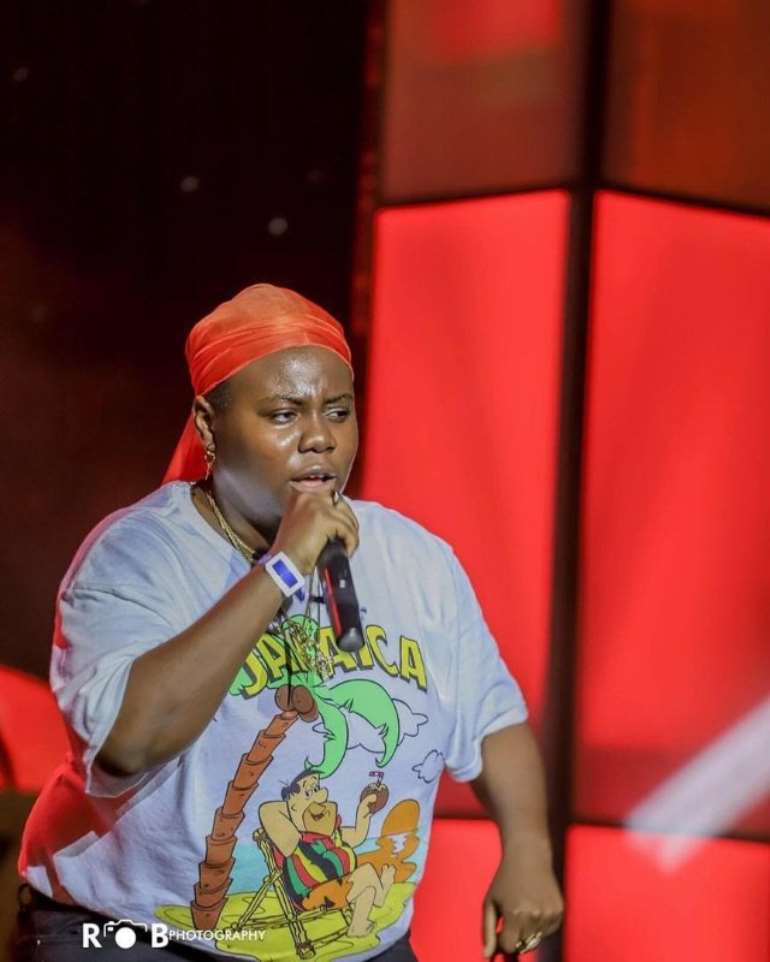 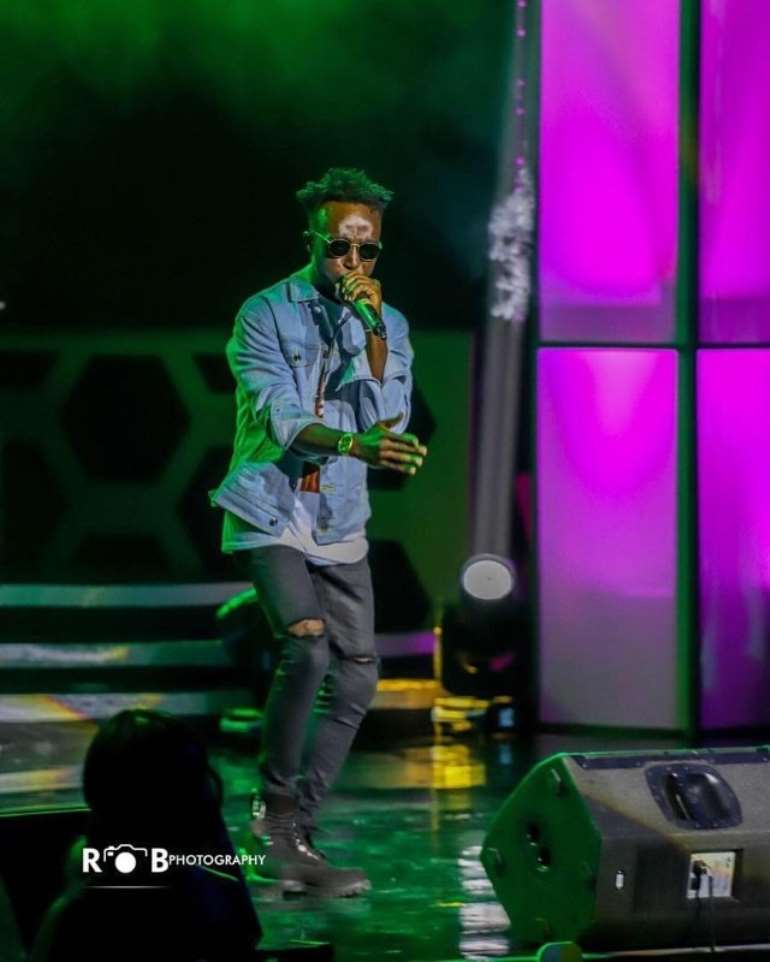 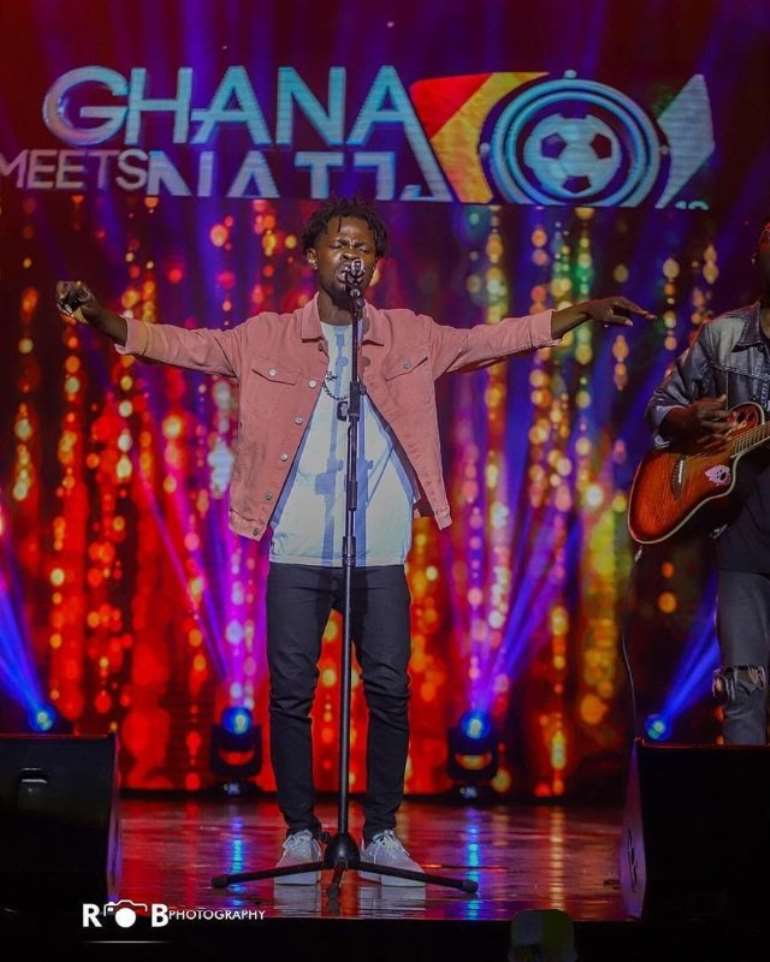 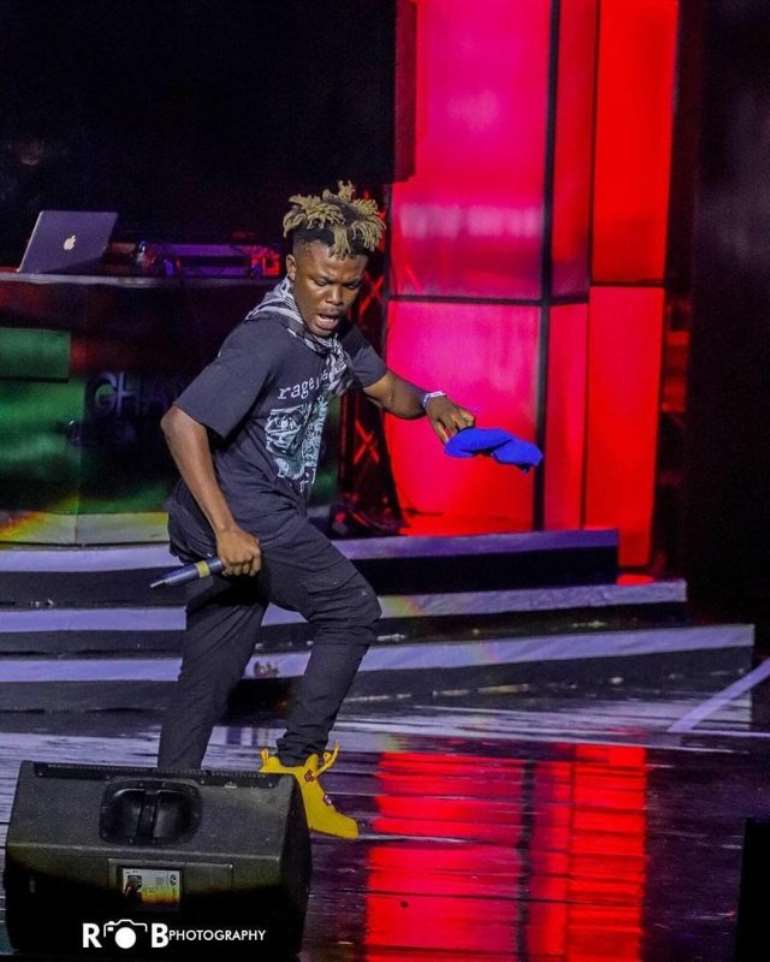 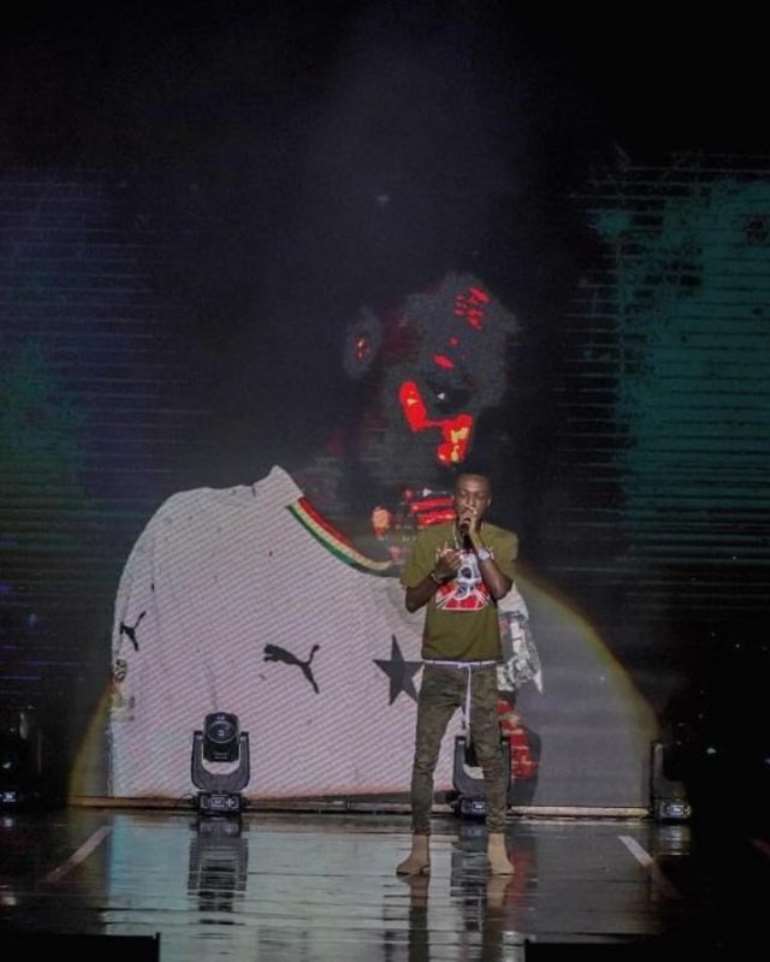 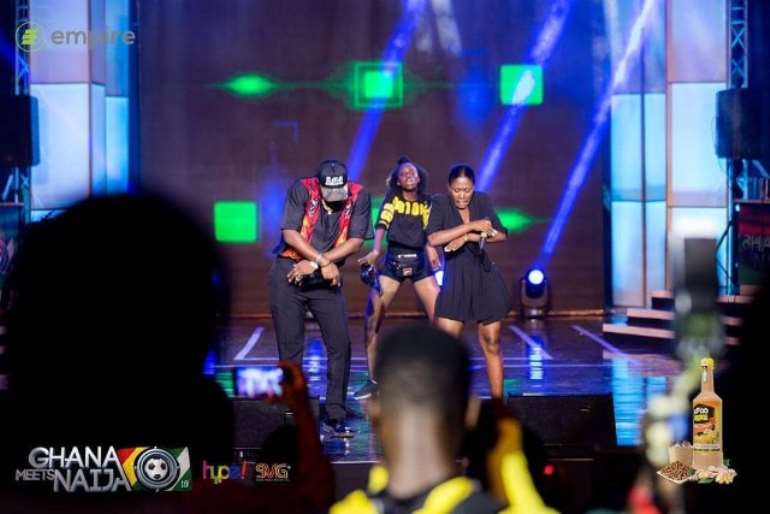 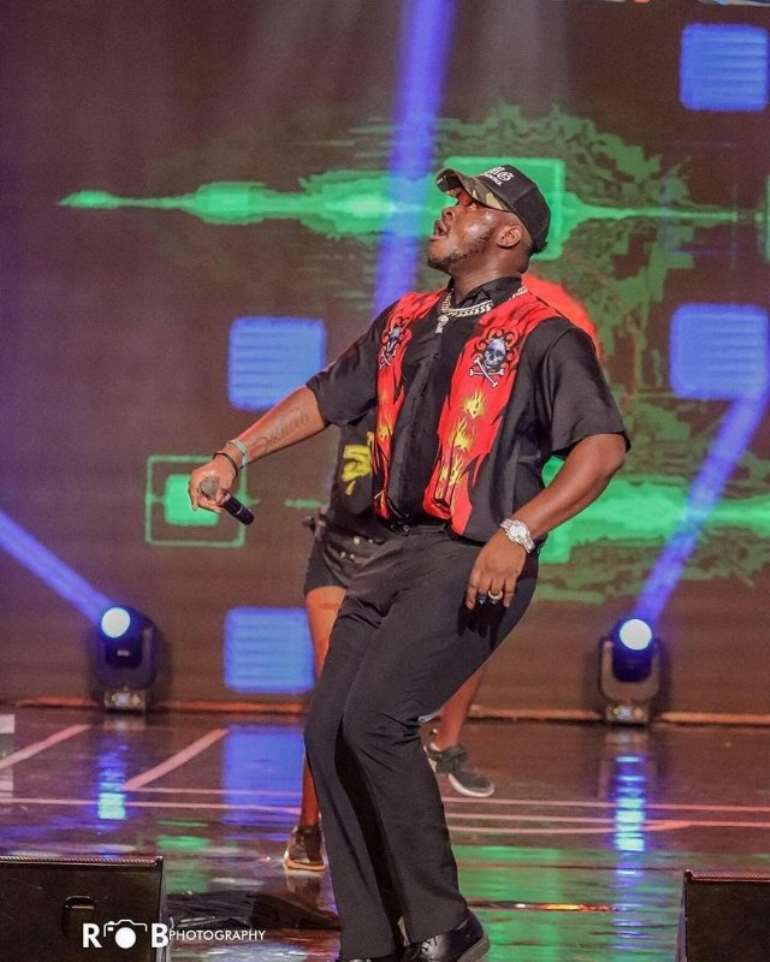 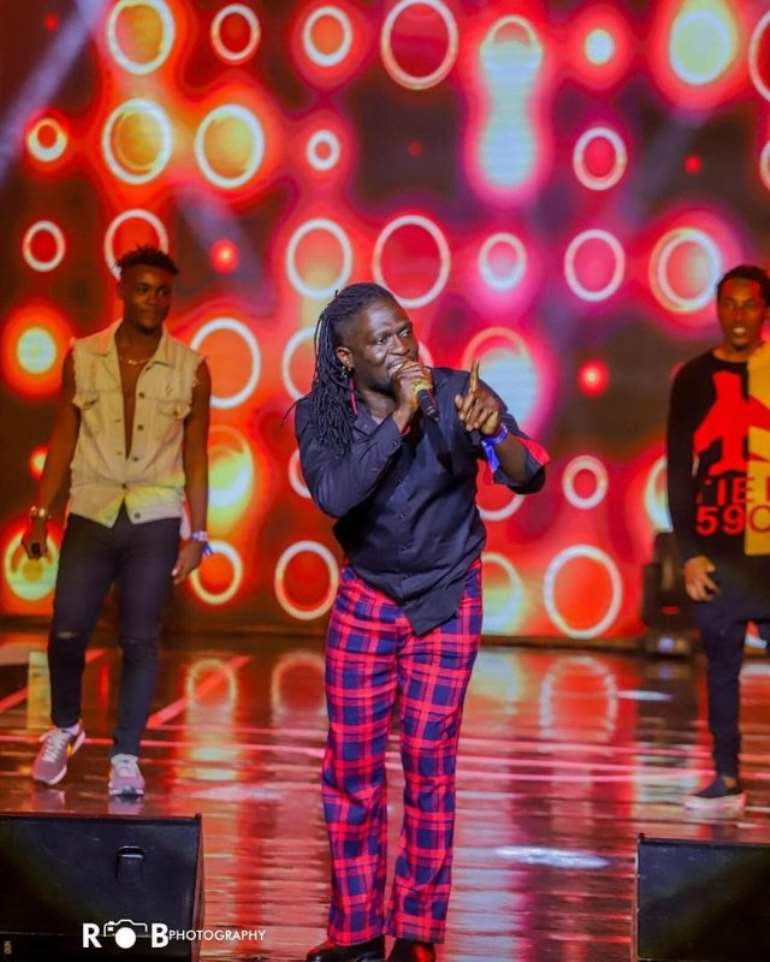 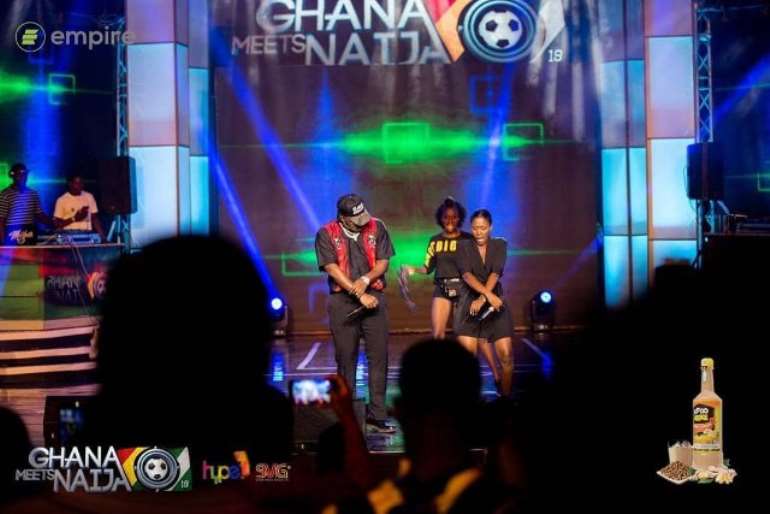 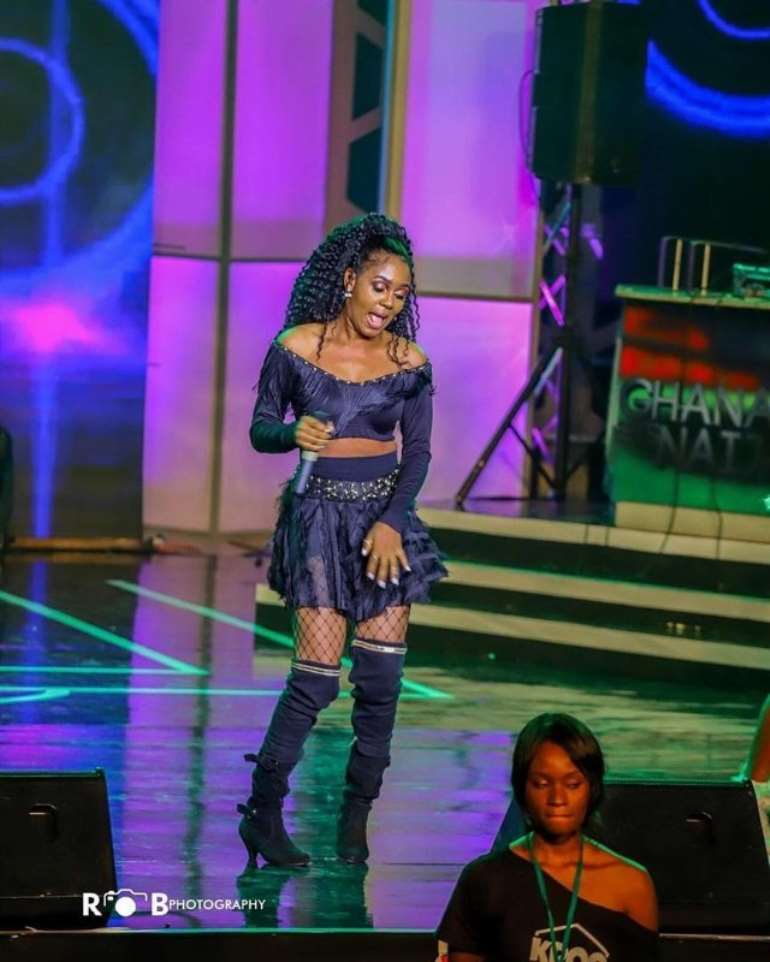 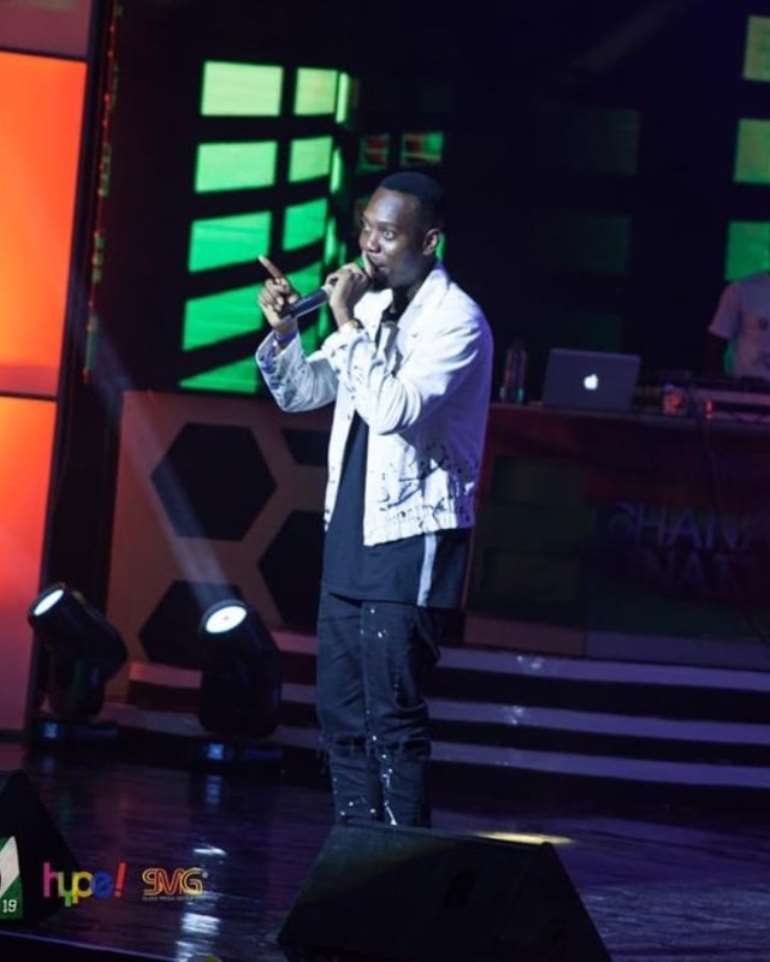 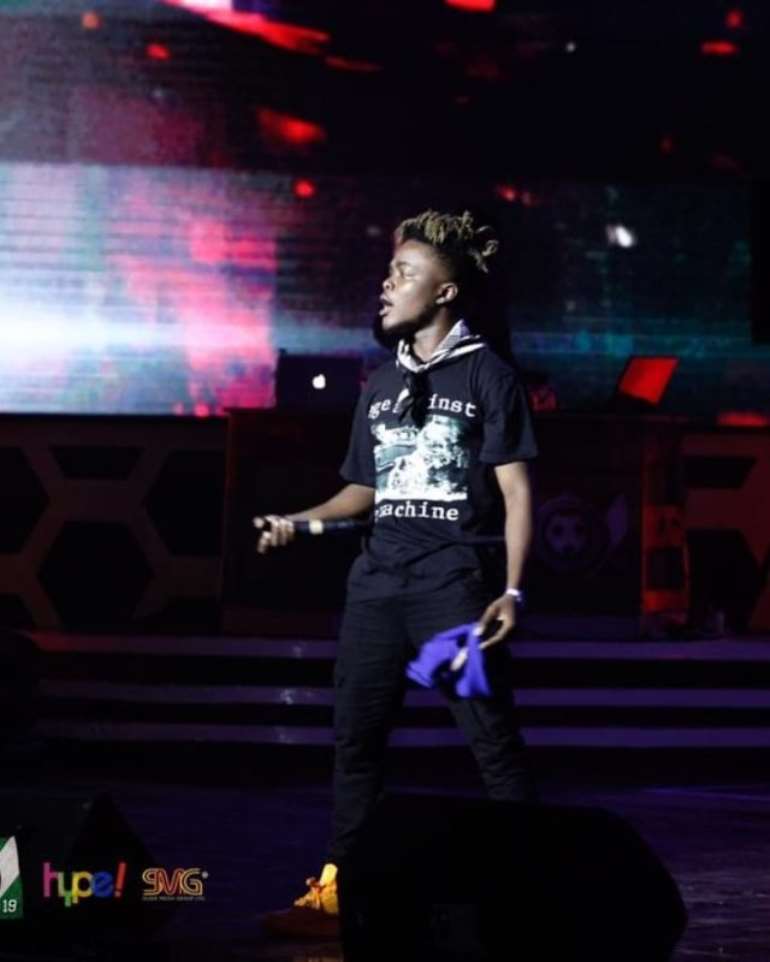