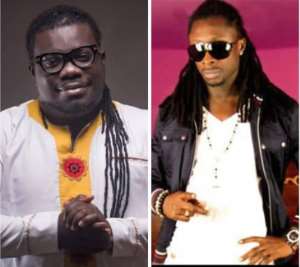 Kwaisey Pee who is well-noted with the hit song ‘Mehia Odo’, made this assertion while speaking as a pundit on Atinka TV’s ‘Entertainment City’ show, on Saturday hosted by Nana Adwoa Annan aka Adwoa Konkonsa:

“When you are a leader, and you do something wrong, you have to be criticised…the bible says in Proverbs that, anyone who doesn’t listen to advice or get angry for being criticised is a fool…Anytime you criticise Obour he tells you, you are an attention seeker…I have said it on countless occasions that Obour went to the Musiga office just to do his personal business but not in the interest of the musicians…how many musicians are living good?, but Obour has made alot of money, he can decide not to work again”.Kwaisey Pee said as sighted by RazzNews.com.

It would be recalled that, when Charterhouse announced that Shatta Wale and Stonebwoy have been banned from the VGMAs indefinitely, Obour astonishingly revealed that, there is nothing amiss with the ban since the Music industry can still do without them.

Stressing on Obour’s pronouncement on the Shatta Wale and Stonebwoy’s VGMAs ban, the legendary Kwaisey Pee without mincing words delineated candidly that, the way Obour spoke depicts that he is mentally deranged.

” Look at what he said about the Stonebwoy and Shatta Wale’s ban from the VGMAs.. as a whole President, if you could go to the extreme of saying yes, they should be banned because Ghana Music can do without them, then it's a big no, leaders don’t speak carelessly like that. When a leader speaks carelessly like that it means that leader is mentally deranged”.