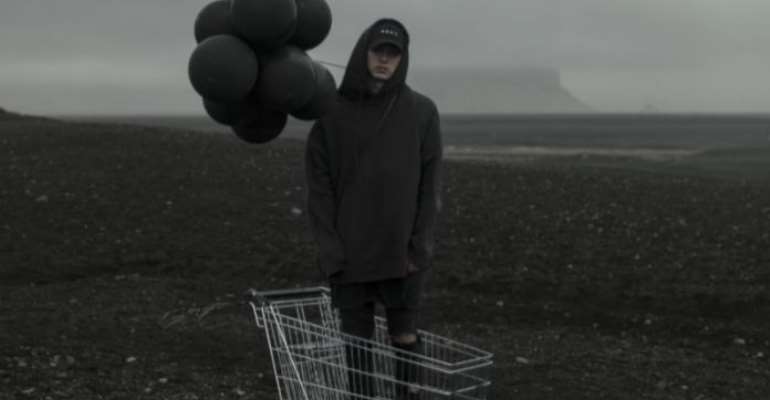 Michigan rapper NF has revealed the title of his forthcoming album while giving fans an idea of what they can expect with the debut of the album’s title track, “The Search.”

Grab your Emo Nite balloons and brace yourselves as you spend 4 minutes and 11 seconds in the dark corners of NF’s mind as he maps out the ambitious quest ahead.

The track comes in at 777 words, giving fans a lot to unpack along with an incredible video co-directed by NF and Patrick Tohill.

The music video acts almost like a short movie, showing NF carrying around black balloons in a world that he’s attempting to find his way through.

You can check out the official video for “The Search” below.