We've Been Yearning For Peace For Long— Stonebwoy 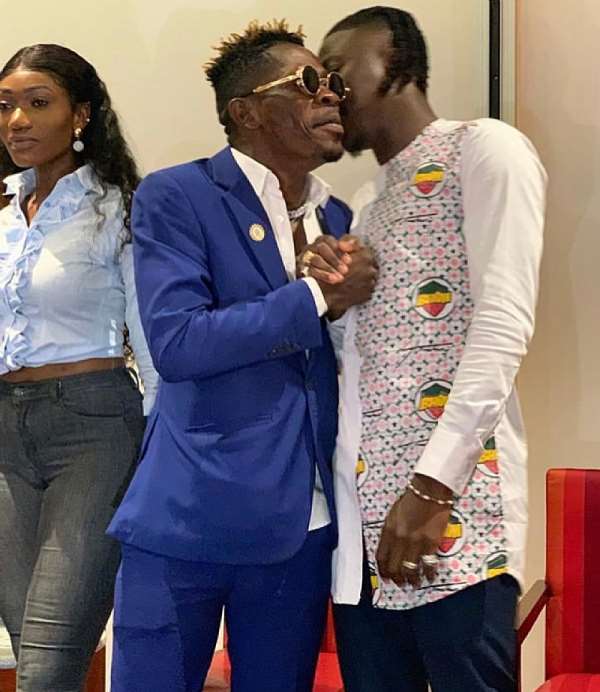 Bhim Nation President, Livingstone Etse Satekla, popularly known as Stonebwoy have rubbished claims that his reconciliation with Shatta Wale is due to some juicy promises made to them by business mogul, Dr. Kofi Abban.

Speaking at a press conference held at the Marriot Hotel in Accra on Tuesday, he disclosed that he and Shatta Wale have been yearning for peace for a very long time, and not what is being speculated.

"We have been yearning for peace long ago because us musicians are more creative and are able to write good lyrics when there is Peace of Mind and I believe my brother Shatta Wale also wanted Peace," he explained.

Stonebwoy who expressed his readiness to embark on this new relationship with the Shatta Wale committed their new peace accord to divinity.

He stated "the length of this unity is not dependent on us, we leave it to the divine. And we beg you the media not to pitch us against each other."

Meanwhile, Shatta Wale and Stonebwoy have confirmed they will hold a unity concert dubbed 'Ghana First'. However, they refused to disclose the date of the concert.

The two blamed the media for creating the division between them and further called on them to play their role to ensure they sustain the beautiful journey they have begun.

“The Media brought the division between us. For the peace to last between us the media also has a role to play in this. They should push us like how other African countries are doing for their Artistes. This guy is better than the other should stop.“