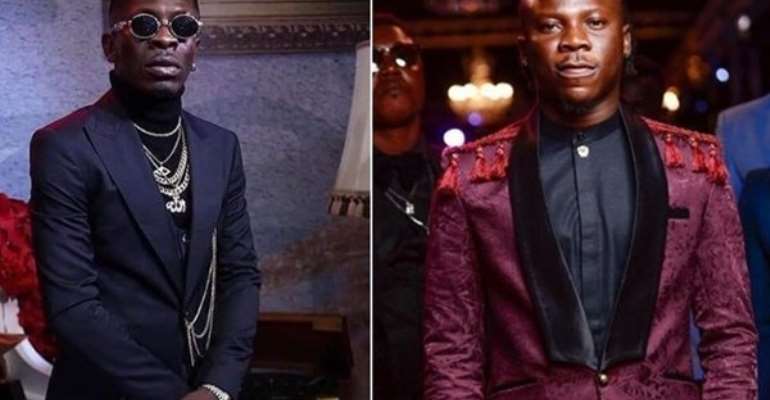 Shatta Wale and Stonebwoy, the two Ghanaian dancehall artistes whose onstage clash marred this year Vodafone Ghana Music Awards (VGMAs) have called on their fans across the country to unite for peace.

Bringing to an end their long-standing feud in a press conference held today in Accra, the two artists who confirmed plans to embark on a unity concert dubbed "Ghana First", asked their fans to end the rivalry and rally behind them.

The CEO of Bhim Nation, Stonebwoy said: "If we have been able to consider a bigger picture, Ghana First, I trust that by the love they have for us as those who they respect enough to lead them they will buy into this and we need them to buy into this idea."

Shatta Wale adding to what Stonebwoy said also called on the fans to learn from them and end the feud.

"These are fans that we started with from day one and these are people who listen to us... so people should know that our fans are watching what we are doing today and they going to follow," he added.

The two artists at the press conference displayed signs which proved that they have indeed united and not a hoax as it is being speculated.

Below is a video of what transpired at the press conference: