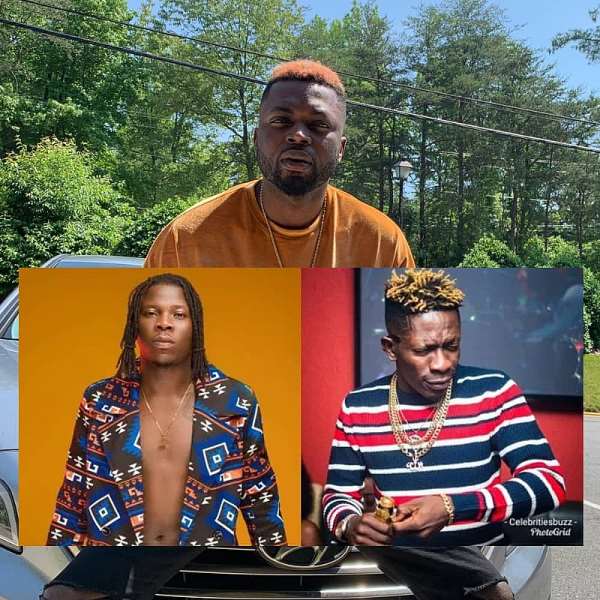 Maxwell Jakpa, aka Sly Boy, a US-based hip-life, Dancehall and afro pop artiste has hinted that he is ready to put $100k on the table to have Stonebwoy and Shatta on the same track.

Maxwell who is populary know as SLY BOY defended his ambition to collaborate the two Dancehall Lords by saying that to cement the unity among Shatta Wale and Stonebwoy it is ideal to have them on the same track.

“Yea I am a biggest fan of Shatta wale and Stonebwoy.

Over here United States, everyone was happy when they finally came together . Is peace that we all want in the industry , so for the these artistes to come together I think it is a nice move, I will be featuring them on my new single and am ready to put $100,000 on the table for them”He said.

Sly Boy is a Ghanaian, lives in United States .He was born on 6 March 1993 .He is the first son to Mr. Joseph Agyeman and Mrs. Comfort Jakpa. He attended Asoum Senior High School and Jayee University Respectively before moving to the States to settle in Virginia.

As his talented has unlimited glowing effects, He has been on various Afro events which has been held in the United States.

As his main occupation is music, He has had the opportunity to tour around the world which includes South Africa, Nigeria and other parts of the world with outstanding performances.

Sly Boy is currently under the management of Free-Boy, Pataapa’s manager.

He rose to fame with one of the mind-blowing tune “House Party” which received over 1 million Views on YouTube within 1 Week.

He remains one of Ghanaians' favourites.

His music inspire, motivate and educate especially bring love ones together and share the sense of unity.

He is currently working on another track title ENERGY which will be released soon.