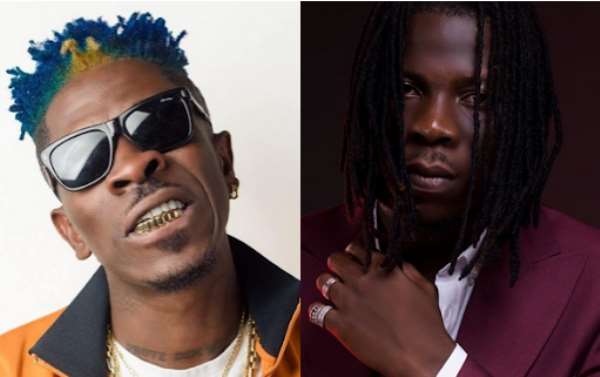 Two of Ghana's most talked-about reggae dancehall artiste, Shatta Wale and Stonebwoy are billed to hold a unity concert on July 20, to bring to an end their long-standing rivalry.

This was disclosed by popular media personality, Abeiku Aggrey Santana, on 'Best Entertainment' show hosted by Halifax Ansah Addo, which was well monitored by ModernGhana on Monday.

The broadcaster who sounded so optimistic said " I can confidently tell you that on July 20th the dancehall artists will have a unity concert in Accra. I have spoken to the organizer and Nana Aba Anamoah who is adhering to plans in making it a success."

Shatta Wale and Stonebwoy shocked music lovers on Wednesday, May 30 when they brought to an end their long-standing rivalry.

The two posted images of themselves sitting together in a garden to show they had united.

While some congratulated the two for showing maturity, others mocked them of deceiving Ghanaians with mere images.

However, the unity concert seems to be a plan by the organizers to prove to Ghanaians that the long-standing rivalry between the two has indeed ended.