Forget The Bad publicity, I’m A Role Model To A Lot Of Young People – Xandy Kamel 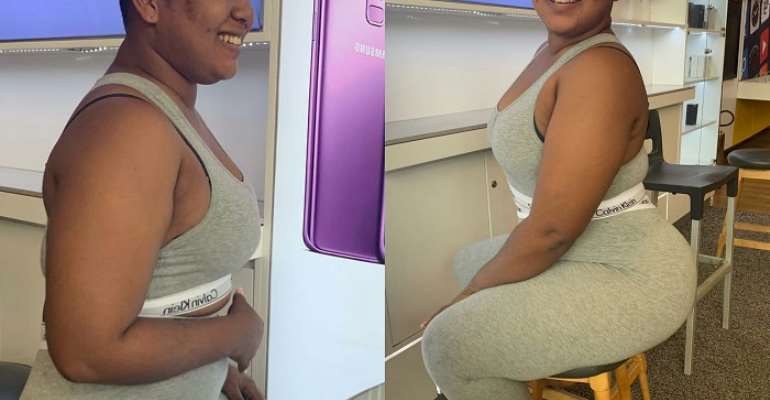 This famous quote is very true because in Ghana, there are many celebs who have crushed due to bad publicity about their careers, lifestyles and relationship lives.

Xandy Kamel is a well-known public figure in Ghana mainly because of the negative news that normally emanates from her camp.

However, according to the ‘Beyond Love’ actress though she is controversial and perky in nature, she believes she is a good role model to a lot of young girls in society.

Xandy made this assertion in an exclusive interview with Fante Quoo of Inside Prime Page.

When asked the positive contributions she has made to the Ghanaian society, she revealed that she is a very focused and passionate philanthropist who has embarked on a lot of charity projects. The bubbly actress, who once had a shot in Nollywood some years ago disclosed that she has a charity foundation that has brought smiles to many less privileged people.

She explained that most of the charity works by her foundation are done in camera because she feels that’s the right way to go.

She was however quick to add that she sees nothing wrong in publicizing your charitable deeds for the world to see.

Xandy Kamel also stated that though her dad, the late Hon. Ford Kamel, was rich and influential in society she did not ride on that but worked her own way up to success.

She ended the interview by explaining the controversial issue that came in the news when she was alleged to have made a female auditionee go topless in a movie audition.

She expounded that prior to the audition the lady in question made her understand that she was willing to go nude in front of the audition panel. Xandy explicitly stated that the lady knew exactly what she was doing and that the news circulating on social media that she forced her to go topless is totally false.