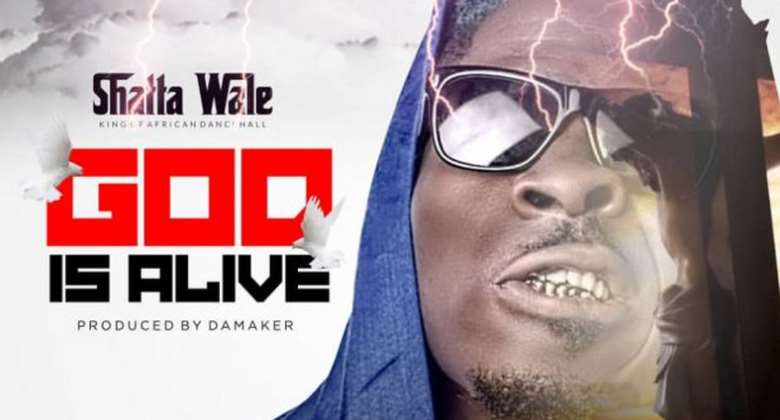 After winning High life song of the year at the just ended VGMAs, Shatta Wale has once again proved why he is a versatile musician as he has dropped a Gospel song, which could make it to next year’s VGMAs.

The dancehall act is currently caught up in an online debate, where many are blaming him for causing a riot at this year’s VGMAs after his team and Stonebwoy’s team clashed on stage, where the Bhim President pulled out a pistol.

The two dancehall acts have been arrested, spent a night in police cells and granted bail over the chaotic scene their actions caused at the 2019 Vodafone Ghana Music Awards, which was held at a dome built on the premises of AICC.

However, Shatta Wale is grateful for it all as he has taken it to the studious to do a song to thank God for his life and all he has been through. The song is titled “God Is Alive” in which he said if not for God, he would have been killed and destroyed.

The dancehall act released the song some few hours ago and sharing it on social media, he wrote "whatever may come my way, I will never forget the good Lord and what He has done for me. I will still praise Him."

According to King Wale, the song is also to motivate his fans. Listen to it below.