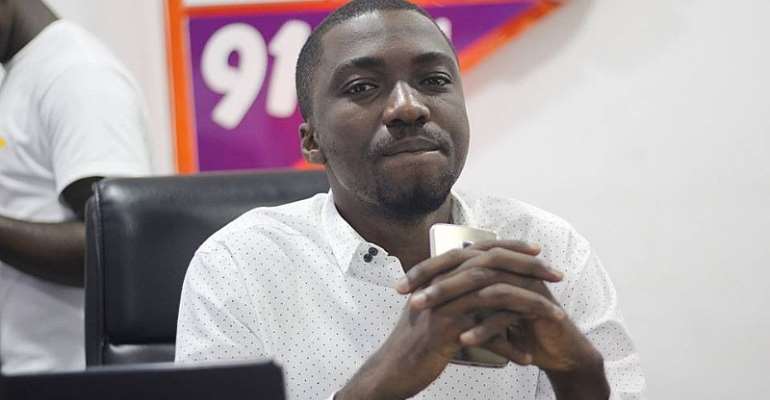 Akosua Hanson, co-host of Celebrity Fanzone on GH One TV couldn’t hide her disdain for the bible last Saturday when she sharply criticized colleague TV presenter Jay Foley for citing the bible as the basis for his argument.

The supposed feminist who is noted for her very nonconformist views sharply criticized Jay Foley after the latter attempted to use the bible as a “foundation” for his argument in the recent Caster Semanya controversy with the International Association of Athletics Federations (IAAF).

The Court of Arbitration for Sport (CAS) in early May dismissed an appeal by the South African athlete to set aside controversial regulations designed to limit testosterone levels in female runners.

Speaking to this issue last Saturday on Celebrity Fanzone, Jay Foley argued that, “religiously there is male and female.” He added, “My bible knowledge may be that bad but I am just making the bible the foundation for this discussion.”

Akosus Hanson, who was obviously offended by the mention of the bible interjected, “when we are talking science, you are talking religion.”

Jay Foley however insisted that whether Caster Semanya’s issue is a “defect or an abnormality it’s right that the world has to look at a place to fit them as equal as male and female would be treated.”

Meanwhile, Caster Semenya has indicated she is ready to defy the IAAF by refusing to take medication which would limit her testosterone levels, claiming ”no human can stop me from running”.