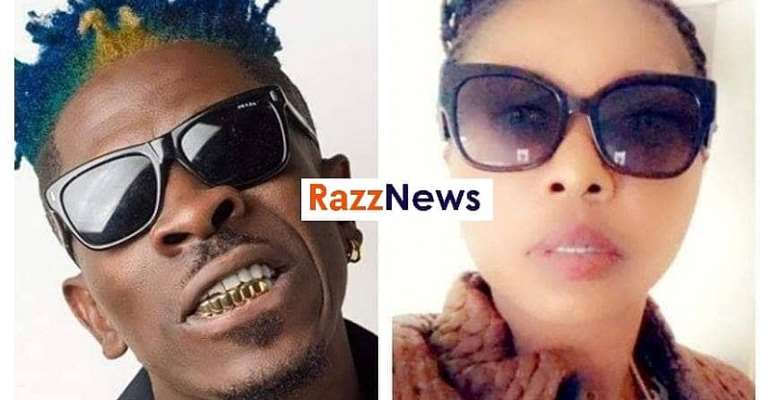 The first baby mama of celebrated dancehall artiste Shatta Wale, Eden Akosua Dufia Kyei aka Sister is said to be flying to Ghana to expose the ‘Ayoo’ hitmaker for neglecting his parental role.

The multiple award-winning dancehall King has three children with three different mothers— Yayrah, Majesty and the last one whom he had with a London-based woman.

Shatta Wale, who dated Sister during the 'Bandana from Ghana’ days, had his first child Yayrah with her.

It would be recalled that ex-girlfriend of Shatta Wale, Shatta Michy, whom he has one child with(Majesty) revealed that the iconic musician doesn’t pay the school fees of all his three children.

Sources close to the first baby Mama, Sister, confirmed to RazzNews.com that, Shatta Wale has refused to honor his responsibilities as a father by not taking care of her daughter YaYrah.

“Sister took Shatta Wale to court for not taking care of their daughter, and Shatta was asked to make money available to Sister every month, but he has refused to do that…the most painful aspect is that, after all the sacrifices Sister made for Shatta, he is now dating her closest friend, Love Nterewaah Ankrah". The source said.

The source hinted that Sister who is based in Turkey, is traumatized and will be flying to Ghana before the end of the month, purposely to expose certain secrets about Shatta Wale and his newly found love.