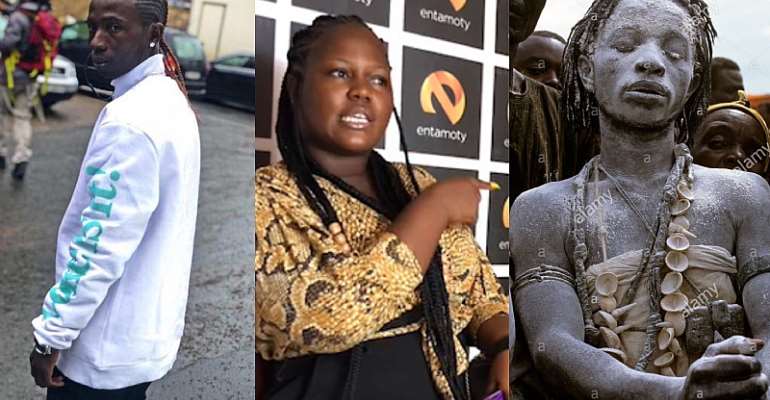 Just when we thought the dust has settled between Ghanaian musician Patapaa and Girlfriend Queen Peezy, there comes another latest interview with full of allegations and drama.

Not long ago, the One Corner hitmaker Patapaa denied ever dating Queen Peezy, the lady who is widely known as his girlfriend.

According to Patapaa, his only real relationship with the lady is the fact that he took pictures with her just to help her get hype and does not have any intimacy with her as it is widely being speculated.

In a recent interview with Barimah Amoaning on ENTAMOTY Live show, Queen Peezy dared Patapaa to hold his p**nis and curse if he claims had nothing to do with her.

The angry girlfriend expressed series of indignation against the rapper for denying her.

She went on to advise young ladies to refrain from social media and public relationships as she has learned her lesson.

Queen Peezy who is now a musician told the public to expect her new single which will hit the airwaves soon.