VIDEO: I Am Disappointed At Sarkodie - Tee Phlow

Ghanaian rapper, Tee Phlow, born Lukeman Ekow Baidoo has expressed his disappointment at Sarkodie, for supporting Strongman to diss him.

He bemoaned that ace rapper, Sarkodie known as Michael Owusu Addo should never have supported his then signee "Strongman" in his diss song aimed at him Tee Phlow.

The disappointed artist said it baffles him why a top artist with millions of followers will take sides when two young artistes like himself “Tee phlow’ and strongman are dissing themselves with songs.

He noted, “I look up to Sarkodie and Strongman’s Charcoal diss song was never a problem for me until I saw Sarkodie throwing his weight behind him on Twitter”.

He indicated that in view of that he has also released a song titled as ‘preach song’ which is aimed at Strongman and his concubines. 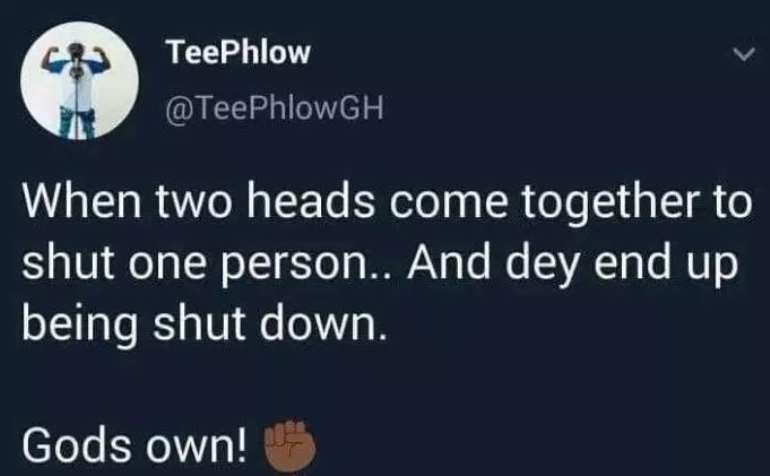