Kwesi Arthur Accused of Stealing Artwork For His EP 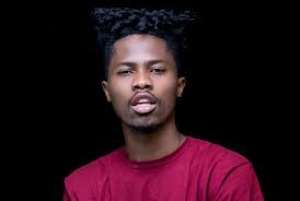 BET Nominee and VGMA Award Winner, Kwesi Arthur has been accused by a graphic designer of stealing his creative idea for the cover of his 'Live from Nkrumah Krom' EP.

The graphic designer, known as Reez, in a post on his twitter handle said he was approached by the 'Anthem' hitmaker last year to design a cover for his EP, which he obliged and completed the work on October 2018.

He expressed shock when he found out in April this year that the artiste had used his design without his knowledge.

“Kwesi Arthur came to me at home last year for the cover of his long-awaited EP. I worked on it and finished it October 2018. Fast forward to April 2019 we have this blatant theft…

“This is not To embarrass Anyone, But to shed Light on more Cases like this,” the Graphic Designer revealed

Below are the images of the artworks: