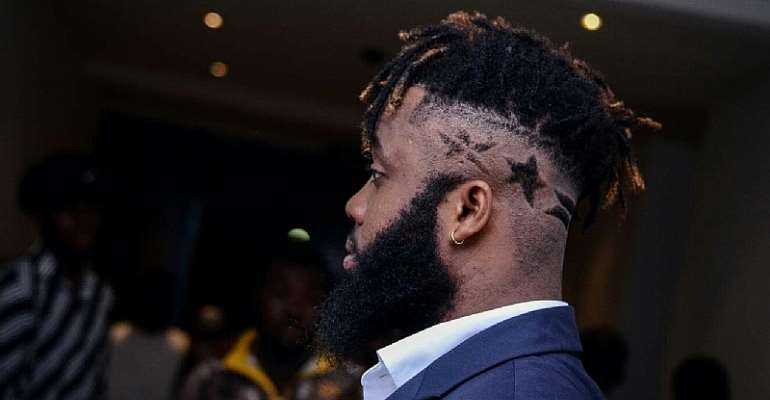 The decision by some radio stations in the Western Region not to play the sex-themed song titled 'Bonyo' has been greeted with anger from fans of the singer, Oko GH, who believe the musician is being unnecessarily targeted and sabotaged in his own region.

The controversy surrounding the song has taken an interesting twist as almost all radio stations in the Sekondi-Takoradi metropolis have not only refused to play the track since its release in May 2018, but have avoided granting the singer interviews in relation to the song's promotion, a move that has stirred up anger among lovers of the song.

Bonyo, produced by ATM Beatz is a classic midtempo 'Fante-RnB' song in which the singer, mentioned in the song as "Oko Ras Pornobwoy" continuously fantasises about having hard-core sexual intercourse with an unnamed young woman.

Speaking to Lord Kweku Sekyi, fans of Oko GH, expressed their unhappiness about the radio boycott of the musician's work which they think deserves promotion instead.

According to them, the same radio stations play other profane songs, thus the rationale behind their resolve not to play one by an emerging artist from the region is tantamount to hipocrisy.

In an interview, the Acting Secretary for Western Region DJs Association, Papa Roxx of Radio Shama explained that even though members of his association are free to play the song in question, most of them would not play it on radio due to the strong sexual language which goes against broadcasting ethics.

EIB Senior DJ, Majik George Punamani, said lyrics in the song are not radio-friendly and therefore cannot be played during prime time on the company's network stations, Empire Radio and Radio 360.

He said he had earlier advised the singer to do a radio-edit, but upon careful scrutiny realised the song could be rendered virtually unplayable since almost every word in it is linked to an obscenity.

David Dickson, a fan of Oko GH described the DJs as "Pharisees" who according to him, play X-rated foreign songs, yet have refused to accept one from a local recording artist whose followers regard him as the new Castro Under-Fire to emerge from the Oil City.

Nevertheless, "the song has been clubgoers' favourite for the past six months" according to Henry 'Clenzy' Aggrey, events MC at Takoradi Vienna City Nightclub and Beach who says Bonyo is one of the most requested songs by patrons this year.

"It is a club banger — vocals on the beat was on point, even though I wish he hadn't said certain things."

MC Clenzy called on young musicians to pay attention to lyricism by seeking opinion and guidance from industry experts to guarantee widespread acceptance of their songs.

However, the 25 year old singer does not seem perturbed by the possible negative impact of the radio boycott on his promotional activities as he tells journalists that in spite of the boycott by mainstream media, his song has "captured the streets of Sekondi-Takoradi and gradually making waves in other parts of the country."

He therefore called on the public to desist from condemning his art and rather recognise Bonyo as a masterpiece from a hardworking, talented young musician, who is poised to make a mark in the entertainment industry.

He said despite several criticisms, the song has catapulted him to stardom and he has personally received commendation from some mainstream artistes including Nhyiraba Kojo.

Away from music, Oko GH, known in private life as Festus Oko Eshun, operates an executive barber shop in Takoradi where he claims his newfound fame has significantly increased patronage and sales.