I started a genre that influenced my generation - Efya 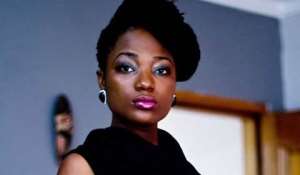 Songstress Efya speaking of her relevance over the last decade claims she started a genre of music that has influenced her generation.

According to the singer, contrary to what some pundits think she deserves the Artiste of the Decade nomination from the Vodafone Ghana Music Awards board for her achievements and milestones in the industry.

“I have been doing ‘Girl Talk’ for four years, it is the only show in Ghana that brings all the women together and I have sold out every show, relevance. I have collaborated with at least more than 10 international African artistes and made hits, relevance”.

“I created a whole new genre for female artiste to follow, I inspired a whole generation, relevance”

When MzGee sought to find out what genre, the “Forgetting Me” singer created, “The genre is like when I started making music, where there girls singing like me,” she quizzed.