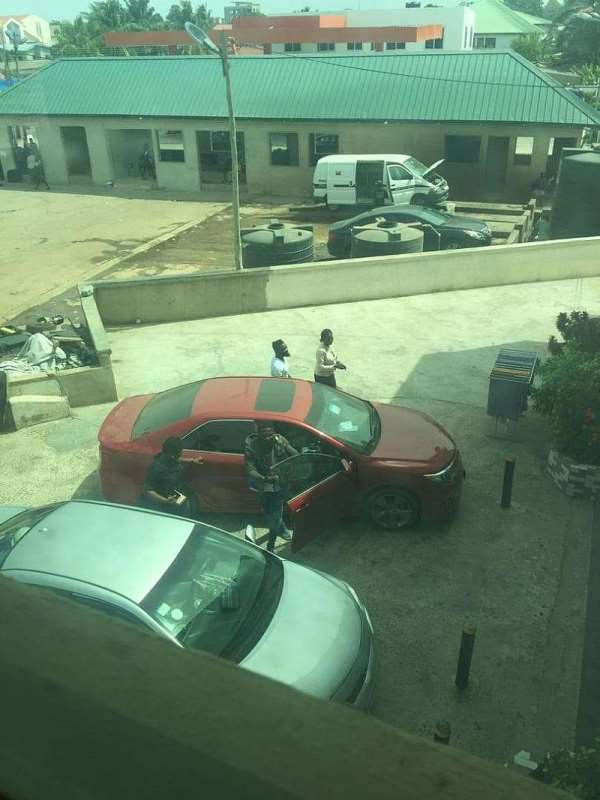 Founder and leader of the True Word Prophetic Fire Ministry, Prophet Nigel Gaisie this morning called for the arrest of Zack, former manager of popular Kumawood actor Kwadwo Nkansah Lilwin for storming his church premises to cause fear and destroying some properties.

This arrest according to a close source who spoke to AttractiveMustapha.com was made on Tuesday 23rd April, 2019 in the morning after Zack was invited by police.

According to the source, Zack who is being prepared for court was sent to the church premises by the Police Criminal Investigations Department for allegations leveled against him by the head pastor.

Last week the head pastor revealed to Kumawood actor and musician, Lil Win during a prophetic session in his church that his former manager Zack has 'locked the former's voice' spiritually with a padlock under black magic practices.

Thw man of God added that , because of the purported spiritual machinations by Zack, Lil Win is slowly losing his voice and would soon be dumb if things are not reversed in the spiritual realms for him.

After he made that revelation, Lil Win’s former manager, Zack reacted in a Facebook live video, challenging the man of God to bring out the padlock he claims has been used to lock Lil Win’s voice else he would not enjoy the aftermouth of his own prophecy.

Zack and his boys later went to the church premises on Sunday evening to question the man of God who suggested that he took Lilwin to a juju man.