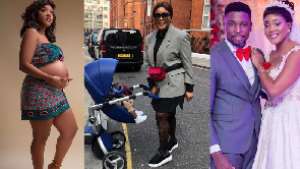 A Plus, a Ghanaian musician, who is known for his political adventures, may have just added his opinion to the discussion on board by saying that, though people are anxiously waiting to see his baby girl, their curiosity will not satisfied now until some years later.

The defunct musician who is married to Akosua Vee, a celebrity stylist, welcomed their first child together, a baby girl, about a year ago, in the U.K.

Akosua Vee shared her baby bump photos and some shots of her daughter on social media which never showed her face before.

According to A Plus, fans are expecting to see photos of his daughter like the coming of Christ but they will wait forever until she is five years old.

The musician later deleted the post on Instagram after it attracted some backlash but not before some of us grabbed it.

See the screenshot below; 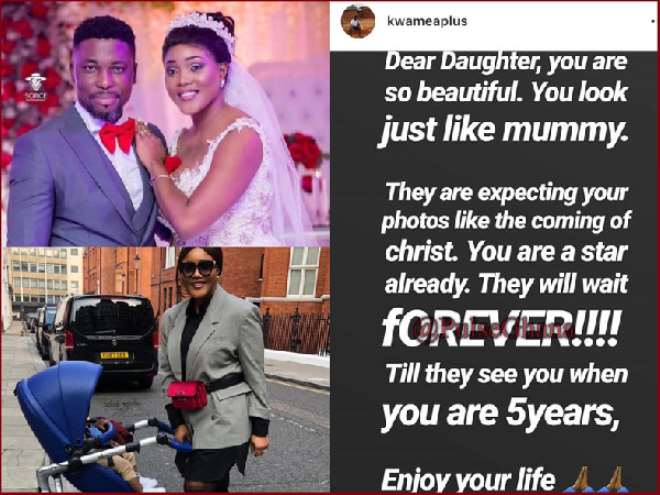