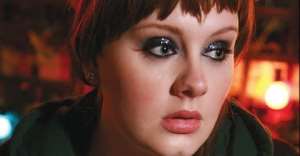 The singer's debut album, which was released in 2008 and featured hits including Chasing Pavements and Hometown Glory, reached number one in the UK.

She went on to win a string of awards and her follow-up, 21, topped the charts in 30 countries including the US and the UK.

In March, Adele was pictured entering a recording studio in New York City, prompting speculation that she was working on new music.