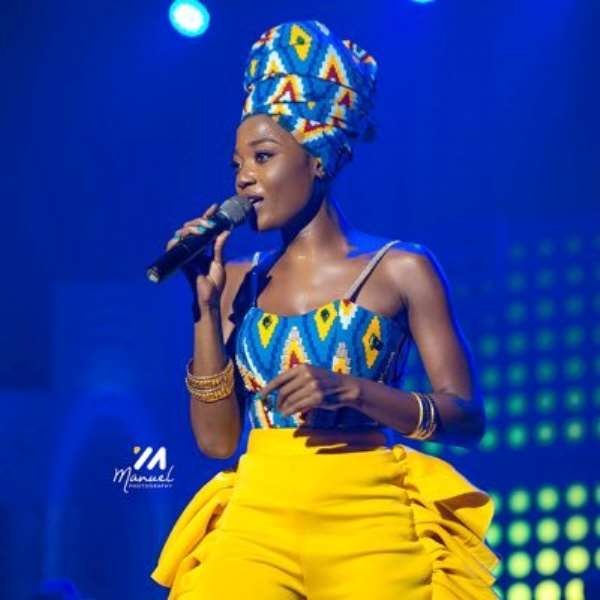 After going off the music scene for somtime, songtress Efya is back and has explained that her disappearance has been as a result of her extremely busy schedule.

Speaking to Showbiz recently from New York, Efya said she did some collaborations last year with the likes of Mr Eazi, Akwaboah and R2Bees.

“I did “ma me” with Mr Eazi, “hold me down” with Akwaboah and “could this be love” with R2Bees and they are all doing very well. I also did “Whoman Woman” for Mother’s Day for all the working mothers in Ghana.”

“We shot a video for Whoman Woman in the market place to depict the hustle of working mothers who go through so much to take care of their children and husbands as well as other family members as is usually done in the African setting,” she said.

Efya, who has a couple of shows in the States says she is busily working on her album which she hopes to release before the end of the year.

Efya has been nominated in the Best Female Vocal Performance category at this year’s Vodafone Ghana Music Awards and the singer, who won that category four times in a row told Showbiz that she was excited about the upcoming awards.

“It’s always exciting and an honour to be nominated, I am looking forward to having a wonderful time at the event and hopefully take the award home, that won’t be a bad idea at all,” she stated. We asked her if she is dating and she didn’t hesitate to answer that she is very single. “For now it is all about my career, we will see about that later,” she said amid laughter.

Efya, real name Jane Awindor came onto the scene through Stars of the Future. She emerged second-runner up in the very first edition and teamed up with the winner Irene Logan to form the group, Irene and Jane.

After a couple of releases, Efya went solo and rebranded as Efya. She has released many hit singles including Best In Me, Until The Dawn, Little Things, Forgetting Me, One Of Your Own and Get Away.

Government extends electricity to seven communities in Savan...
4 minutes ago