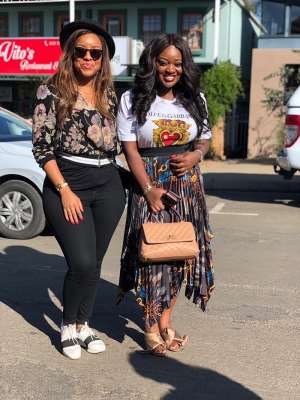 The actress in an interview on Entamoty Media revealed that she once chanced on Jackie Appiah and Joselyn Dumas at Movenpick Ambassador Hotel in a hookup session.

Linda Gyamua alleged that she saw the two beautiful actresses hooking up with some big men in the Accra based hotel.

This allegation fuels perception that female actresses in Ghana engage in promiscuous acts to get money from rich boys to support their glamorous lifestyles.

The actress in the same revealed that she can take up adult movie role of the pay is good enough. According to her, she will only date a man who is rich enough to spoil her as well.