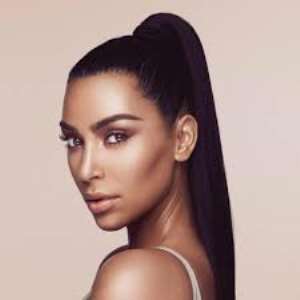 Kimberly Noel Kardashian West is an American media personality, businesswoman, socialite, and model. Kardashian first gained media attention as a friend and stylist of Paris Hilton, but received wider notice after a 2003 sex tape with her former boyfriend Ray J was leaked in 2007. Kim and Kanye West’s fourth child is due via surrogate in early May.

As with most things to do with the Kardashians, you’ve doubtlessly absorbed the news (whether you wanted to or not) that Kim played a role in the release last summer of Alice Marie Johnson , a 63-year-old woman who’d been in an Alabama prison on a nonviolent drug charge since 1996, and whose case Kim had learned about through social media.

After President Trump met with her, the CNN commentator and activist Van Jones, and several lawyers, he granted Johnson clemency and then invited her to his State of the Union Address in February. What you probably don’t know is that Kim has been working with Jones and the attorney Jessica Jackson, cofounders of #cut50, a national bipartisan advocacy group on criminal-justice reform, for months, visiting prisons, petitioning governors, and attending meetings at the White House. And last summer, she made the unlikely decision—one she knew would be met with an eye roll for the ages—to begin a four-year law apprenticeship, with the goal of taking the bar in 2022.

The sensational media personality recently took to her Instagram page to celebrate a solo cover on Vogue magazine.

According to her, she has always dreamed of being on the cover of Vogue magazine and finally, her dreams has materialised.