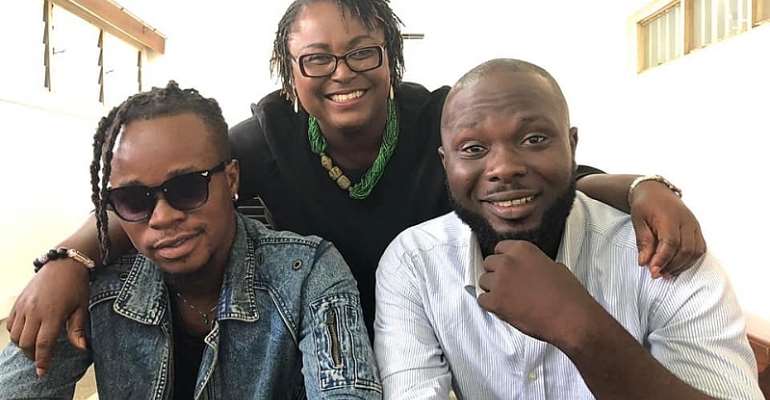 The detailed of the conflict is hidden under the carpert but it seems Naterial all of a sudden vanished from the music scene and this could be as the result of the conflict between him and his manager.

The issue was initially settled at the MTN Head office Accra late last year 2018 in the presence of MTN legal team, Marketing and a member from Farm Haus Production.

The mediator at Legal Aid Madam Eliza Zenabu Nantogmah advised Naterial and his former manager Kwik Action to stay focus on their God's given talents and avoid unnecessary conflicts.