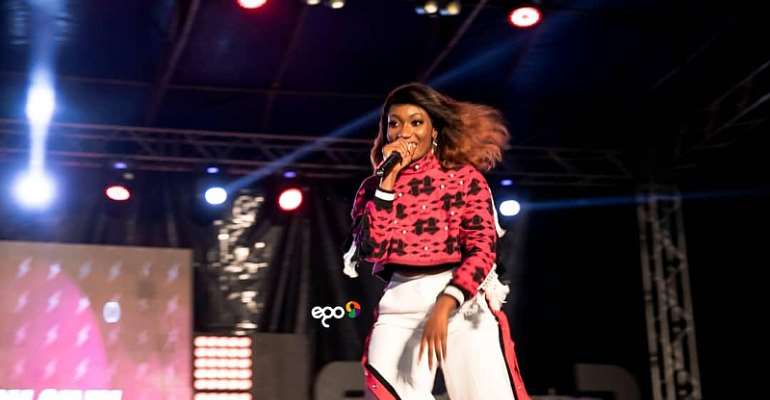 Oseikrom was the place to be on the 6th of April and it was all about the nominees' jam of the Vodafone Ghana Music Awards. The queen of the night was RuffTown Records signed act Wendy Shay as she dazzled patrons with the best of performance.

The Uber driver Hitmaker stormed the stage with her new single Shay On You. The consistent chant of Shay On You from the crowd was enough to show everyone that they were ready for a shelling performance.

With back to back hits such as Uber Driver, BedRoom Commando, Astalavista, and many others, it was just non stop jam along to the best of entertainment. Her time spent on stage was to the best of the satisfaction of patrons at the nominees' jam.

She has been nominated for 3 categories at this year’s VGMA’s which will be taking place on the 18th of May, 2019.

We stand with Ayine against judicial tyranny, plans to gang ...
5 minutes ago