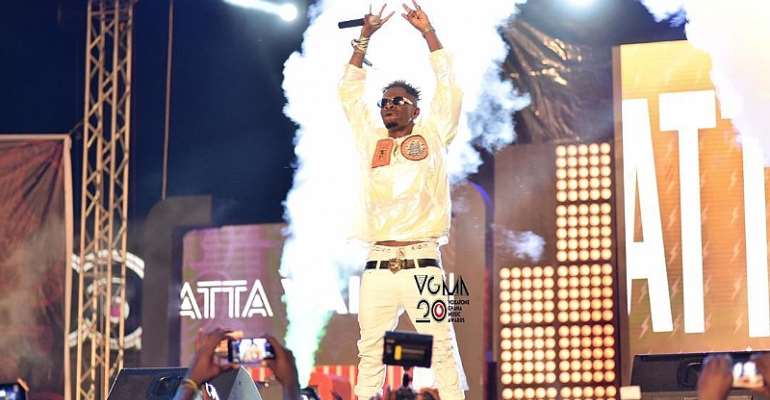 The 2019 edition of Vodafone Ghana Music Awards nominees jam successfully took place at the Kumasi Mall on Saturday 6th April in the Ashanti Region with over 15, 000 music fans in attendance.

Adina and Obaapa Christy were the only musicians billed but could not perform due to some unforseen hitches.

According to Attractive Mustapha, the programme run smoothly as planned by organisers except that some patriots who were seemingly over enthused and behaved in a nearly chaotic manner almost caused a stampede and some minor technical issues.

The Shatta Movement boss performed almost all his hit songs and as usual, delivered an energetic performance.

Stonebwoy also didn’t fail to thrill music lovers as he performed his hit songs and also his current single with OV.

Below are the pictures and videos of the event