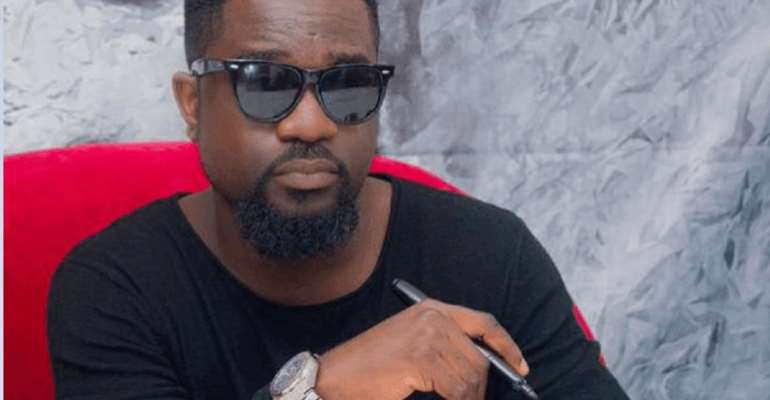 Ghana’s rapper, Sarkodie hardly talks about economic and societal unless it really gets to him.

Sarkodie who released series of songs to address various issues during the erstwhile government under stewardship of John Dramani Mahama, has revealed that popular inventor, entrepreneur and philanthropist Apostle Kwadwo Safo Kantanka tried to solve the menace but he wasn’t given the chance to do so.

Sarkodie said he’s not affiliated to any political party although a section of ghanaians have tagged him as a sympathizer of the New Patriotic Party. Sarkodie vented his frustration at the turn of event in relation to the power situation in a series of tweet.

“So question why can’t I mention any brand in peace ??? Any time I try it “Sark be that he collect” like why y’all don’t trust me one bit ?Even got friends in political parties but can’t even give shouts or take pics with them … I’m not for parties I support good individuals …

Reason I don’t follow our political parties: I think as soon as they get in power, they change! Personal gains become the order of the day … No one is ready to sacrifice long term for the people and it’s Sad.

People keep asking ? Sark why you not talking about the economy? You are NPP right … No!!! I’m not but sometimes it gets frustrating repeating same things you say but I have a better route to go about it … and plus those songs came to me I didn’t force them.

I visited The legend Apostle Kojo Safo Kantanka few days ago and I was amazed!!!! So I didn’t know he offered to solve Dumsor … Before y’all come at me with y’all comment, why are we (the government x the people) not giving him the chance to ??

We all guilty… Way forward… the next generation should think different

My mum plus my aunts are of the old school… there’s nothing you can say to them to change their minds about their party but we the young ones should think different! We must question… The power is in our hands.

I just want everyone to be ok at least with the basics.”