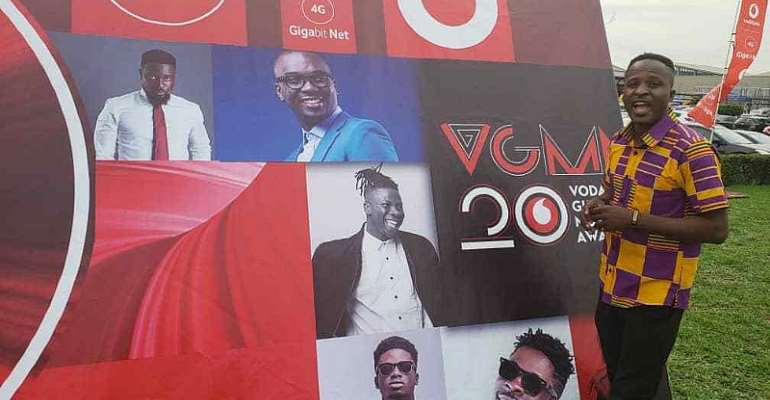 The Ashanti Regional capital, Kumasi promises to be lit-up tonite as it gets ready to mark another memorable account with Ghana Music Awards nominees jam which will take place at the Kumasi City Mall.

The Vodafone Ghana Music Awards organized by Charterhouse Productions which is undoubtedly the most popular entertainment event in Ghana is usually preceded by a nominee jam in other regions whilst the main event takes place in Accra.

Celebrity Journalist Nii Attractive Mustapha who has been at the venue since morning accounts that the atmosphere looks good and the event is likely to attract thousands of music lovers especially because fans are not expected to pay any 'gate fees'.

He also mentioned at the time of filing this report that the organisers are about 90% done with the setup and the event will surely be starting on time.

After seven years of a hiatus, Charterhouse Productions Ghana, organisers of the VGMA, is more than happy that the Nominees Jam is finally returning to Kumasi.

The last time the VGMA Nominees Jam was held in the Ashanti Region was in 2012 with a line-up that included some of the big names in Ghanaian music; Okyeame Kwame, Buk Bak, Stay Jay, Obaapa Christy, SP Kofi Sarpong, Kwaw Kesse, and many more. Since then, the nominees party train has visited the Northern Region, Central and Western Regions, Brong Ahafo Region, Volta Region and other places.

Returning in the year and month that also celebrates the 20th Anniversary of His Royal Highness, Otumfuo Nana Osei Tutu II, as the 16th Asantehene and Traditional Ruler of the Ashanti Kingdom, this is anticipated to be the biggest and most exciting nominees jam ever in the history of the scheme.

The event is sponsored by leading telecommunications firm Vodafone and presented by recently adjudged Liqueur of the year at the maiden Ghana Beverage Awards, Kpoo Keke.

Organizers are convinced that the event which will also feature some of the young and upcoming artistes based in Kumasi alongside this year’s Unsung acts will live up to the hype.

Set to be aired live on TV3, the 20th anniversary VGMA Nominees Jam, which takes place at the Kumasi Mall, promises to be an unforgettable and exciting experience that music lovers cannot afford to miss.