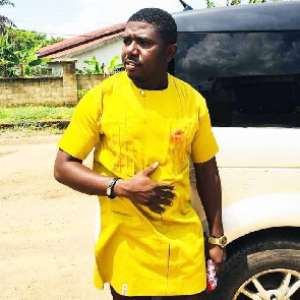 Kumawood actor Collins Oteng popularly known as Komfour Kolege is pleading with movie and casting directors to explore the many other talents he has than playing the role of fetish priest in almost every movie.

Speaking in an exclusive interview with NY DJ on Y1025FM in Kumasi, the actor stated it was disturbing that most producers used him for the same role in different movies simply because he plays the role very well.

According to the actor, he could play several other roles especially in romantic movies and would wish directors would cast him alongside actresses Vivian Jill or Emelia Brobbey.

He was however not happy all such roles have been given to the “darling boy of Kumawood” Bill Asamoah.

“I can play a romantic role exceptionally well. The producers are not being fair to me at all. They’ve given all the romantic roles to Bill Asamoah. He’s chilling brutal,” he bemoaned.

Watch the full interview from below.

I Will Soon Deal With The Callous Agenda Of Bile From The L...
37 minutes ago