I Broke The Bank To Record My Songs – Rocky Dawuni 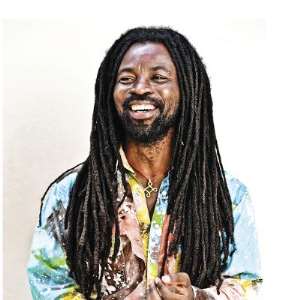 International reggae star, Rocky Dawuni has revealed that he emptied his bank accounts to record songs.

According to the ‘In Ghana’ hitmaker, his love for music grew to the extent that he didn’t mind using all his cash to make music.

Speaking on Daybreak Hitz on Hitz FM, Mr Dawuni said spending on music did not matter because he believed his craft would pay off someday.

He told Andy Dosty that “I broke the bank to always make a record. I emptied my account…I know the legacy I was creating. I’ve been a guy who starts from zero most times and this has increased my portfolio and taken me to places I never thought I’d be.”

Speaking on Ghana’s music industry, Mr Dawuni explained the dynamism of the international market has pushed most incomes to be generated from online streams.

“The music industry has changed. We recorded the songs as a product but now the game has changed. One big thing that worked for me was when my music was accepted on American TV and films.

“I got video games and TV shows patronising my songs and I broke that world with royalties and public rights. Now streaming has become the main way of income and live performances,” he said.

Rocky Dawuni was recently honoured at the just ended 3Music Awards as the International Act of the year.