I Passed Out Before The Awards Started – 3 Music Awards Boss 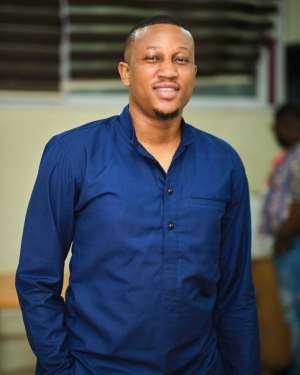 Sadiq Abudulai Abu, CEO of the 3 music awards scheme, has revealed that he passed out hours before the awards event started.

According to Sadiq, he did not have the opportunity to witness the award show he organized.

In an Instagram post, Sadiq apologised for the poor event and revealed why he could not watch or attend the awards event that he organized.

“Painful and very sad to rely on other people’s account of an event myself and a super team worked so hard to produce,” he wrote. “Passed out backstage before the event and had to be rushed to the 37 Military hospital immediately. I rarely cry or break down emotionally but heaven knows I just couldn’t help it,” he added. Sadiq admitted that it was painful for him to leave at a point where some of the vital decisions to be taken during the show depended on him. “Having to leave the team particularly when certain important aspects of the show relied heavily on me was too painful to contain, " he disclosed.

Sadiq thanked Allah that he is alive but lamented about how he is yet to experience and watch videos of the award event.