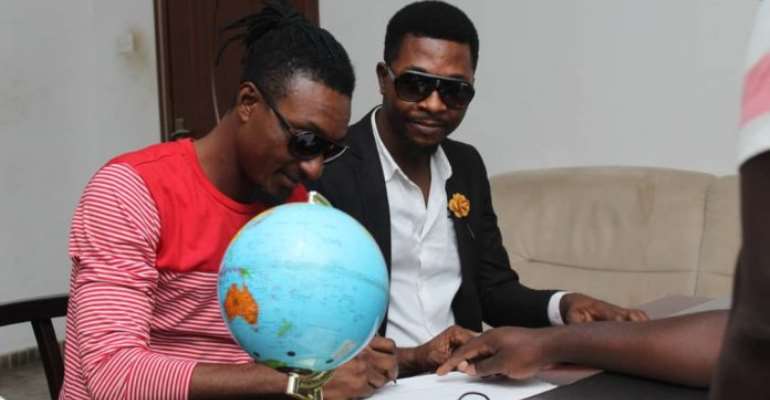 The musician who has been in the music industry for over a decade expressed joy over his new role and promised to deliver his part of the contract diligently.

Speaking during the signing of the deal, he said that the journey to give Ghanaians and Africans the best of songs they require has just begun.

Justice Assankomah with the stage name 'Jestoo' joined the entertainment industry as a Disc Jockey and later turned became a high life artiste after changing his name to Assanqomah and featured the sensational Kwabena Kwabena, Ofori Amponsah and some legends in the industry.

As part of the deal, the company is willing to partially support him financially to shoot the video of his newly released music in any country or location of his choice.

His personal manager, Evans Tayie in a separate chat added that they will hold the Thesslink group brands in high esteem and make sure they fulfill all the conditions in the contract.