Who Wins 3 Music Awards “Music Man Of The Year”? 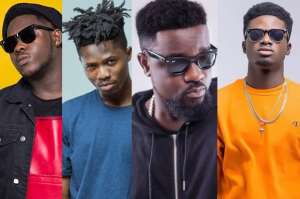 This Year’s 3Music’s awards has seen a lot of talented artistes. The board looks for the most outstanding and dominant male act on the basis of the popularity of his recordings for each category.

Also, they look at their performances with at least one video release of any of their recordings within the year under review.

Here are the nominees for the ‘Music Man of the Year’

In the year under review, Kuami Eugene released back to back hit songs and also an album.

From a promising young artiste, Kuami Eugene became one of the most celebrated and looked up to musicians in the country.

He took the Highlife genre and added his own swag to it. One of the songs he got people playing so much was ‘Walaahi’. Till date, the song is still making waves and holds the number nine spot on the Adom FM music chart.

Kuami Eugene got featured on numerous tracks including the remake of the early 2000 hit song by Tic Tac ‘Kwani Kwani’, Andy Dosty’s ‘Love You Die’, MzVee’s ‘Bend Down’, DJ Vyrusky’s ‘Never Carry Last’ and ‘Adwenfi. Fans were more in love than ever and non-fans were joining the fan club so fast. Give him the chance and he will deliver as he did on his ‘Wish Me Well’ track. That song may have come with its own negative controversies but he turned it into positive when he featured Nigeria’s ‘Ice Prince’ on the track.

The artiste also played shows in other countries including Rock Ecofest in Sierra Leone, London and Liberia. He also filled the Kumasi sports stadium during his Rock Star concert.

Kuami Eugene definitely got busy in 2018 and his name in the Music Man of the Year category proves it.

Stonebwoy was riding on the success of in his Epistles of Mama album when the world entered 2018. The fans were not willing to let go of the masterpiece and still are not.

The dancehall artiste apparently reserved singles for the 2018 year which till date are enjoying airplay. ‘Tomorrow’ (he featured actress Lydia Forson in the video), Dirty Enemies and Loyalty.

For ‘Kpo Keke’, it has been topping music charts even in 2019. The song which featured Kwesi Arthur, Medikal, Darkovibes and Kelvyn Boy has about 2.1million views on YouTube.

He also got featured in Becca’s ‘With You’, Yaa Pono’s ‘Obia Wone Master’, Morgan Heritage’s ‘Africa X Jamaica’ and many more.

He made sure to release videos for his songs in the ‘Epistles of Mama’ album and it is still releasing more for his fans.

The ‘Selfish’ singer’s song writing skills did not only give him hit songs but also gave other artistes hit songs.

With a producer like the award-winning KillBeatz, King Promise had the opportunity to release works of art like Abena, Tokyo and CCTV.

He extended his kills to artiste like Medikal and helped him put together ‘Ayekoo’.

Having the skills like his, King Promise also got to feature in lots of songs including the popular R2Bees song ‘Boys Kasa’, the viral Sarkodie song that has amassed about 6.9million views on YouTube alone ‘Can’t Let You Go’, Mr Eazi’s Dabebi and Joey B’s ‘Sweetie Pie’.

In 2018, Shatta Wale released a song with the people he calls the SM Militants. ‘Forgetti’ was a chart-topper for weeks but 2018 had just begun.

‘Ayoo’, ‘My Level’, ‘Gringo’ and ‘Bullet Proof’ were on the way while his reign album was still trending on streaming sites.

The artiste spread his wings when he landed in a small town for cowboys. Shatta brought Texas to Ghana in his ‘Gringo’ video

He performed at the BF Suma Connect, in Germany, Ghana Meets Naija and the S Concert.

His song ‘Woara’ in which he ultimately gives thanks to God for everything has many covers and 1.2million views on YouTube alone.

The dish got hotter with ‘Anthem’, ‘Don’t Keep Me Waiting’, ‘Take Your Something’ and when he dropped jaw-dropping bars on the numerous songs he was featured on.

Kwesi Arthur’s talent got him on the bill of ‘Rapperholic Concert’, ‘The S Concert’, ‘Shay Concert’, Hall weeks and the ‘Nima Sallafest’.

The Tema boy used 2018 to cement his name in the rap game which earned him a huge fan base who expects nothing more than excellence and he delivers every time.

His hit song ‘Say You Love Me’ must have ushered him into a busy 2018 because everyone wanted a piece of the talent coming from Lynx Entertainment.

KiDi’s production skills, songwriting abilities coupled with his silky voice has made him a hot cake in the music industry.

KiDi ushered Ghanaians into a new era of love and love songs with ‘Adiepena’, ‘Thunder’ and others.

It seems he is not ready to sleep at all as he has already begun 2019 with ‘Mr. Badman’ which features Kwesi Arthur.

The guy who gave Ghanaians another crazy trend to dance to ‘Omo Ada’. Even though he was surrounded by controversies regarding his relationships, the musician made sure he was not swallowed by 2018.

His rap style got him featured in Stonebwoy’s ‘Kpo Keke’, ‘Boys Kasa’ by R2Bees.

Medikal’s name came with a talent that also got him featured on rapper Falz from Nigeria’s ‘Next’.

He thrilled over 100,000 fans at his Medikal Music Concert, Promise Land Concert, S Concert and the Maiden TINA Festival.

This guy is one of Ghana’s favourite since he hit the screens of many and has been able to maintain his relevance in the heart of many.

One of the unforgettable memories Ghanaians will have of him is when he decided to take a glass of wine to the studio and ‘Advice’ Shatta Wale.

Sarkodie made headlines after he clapped back at Shatta Wale which seemed to have kept him (Shatta Wale) quite for a while.

He released a hit song ‘Can’t Let You Go’ to celebrate his love for his wife Tracy. The song featured King Promise and the video had excerpts from his exclusively private wedding.

All the while his 19-track album was getting so much airplay and sales even though it was released in September 2018.

His yearly Rapperholic concert was filled with numerous fans and new artistes, he performed at the S Concert, Ashaiman to the World, the Glo Mega Music Concert and many others.

Sarkodie got featured on Medikal’s ‘How Much’, Obrafuor’s ‘Moesha’, King Promise’s ‘CCTV’, Becca’s ‘Nana’, Adina’s ‘Makoma’ and many others.

The artiste has been looked up to by many up and coming or young rappers including Medikal, Strongman, Kwesi Arthur and many others.

In the year all these artistes played an essential role in making sure that Ghanaians were entertained and never had a dull day. They all deserve to be in the competition but it is up to you the fans to decide who wins

To Vote for your favourite Music Man of the year dial *713*2# and follow the prompts. 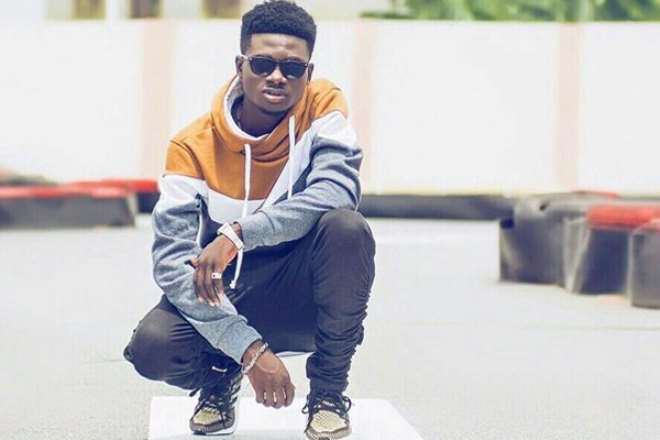 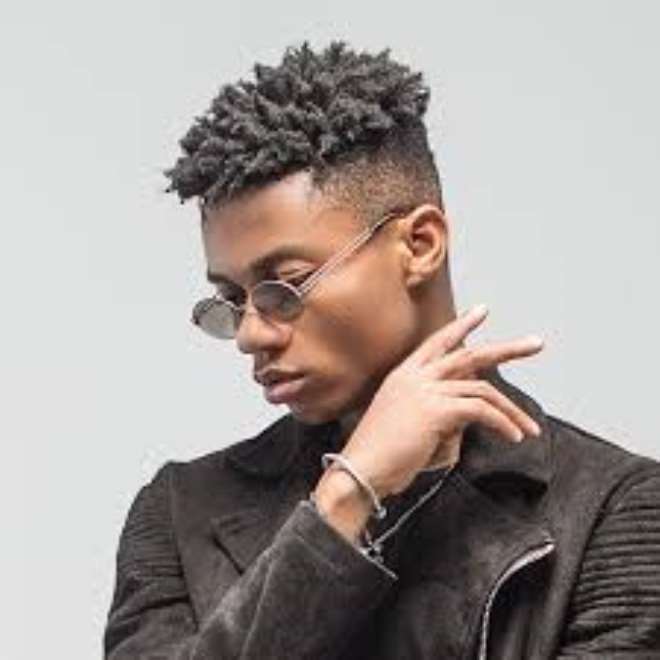 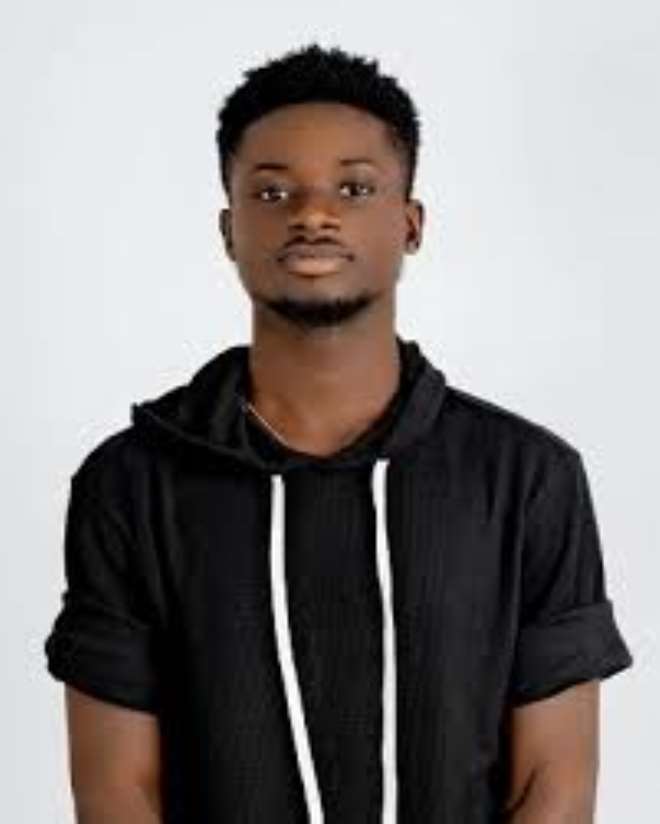 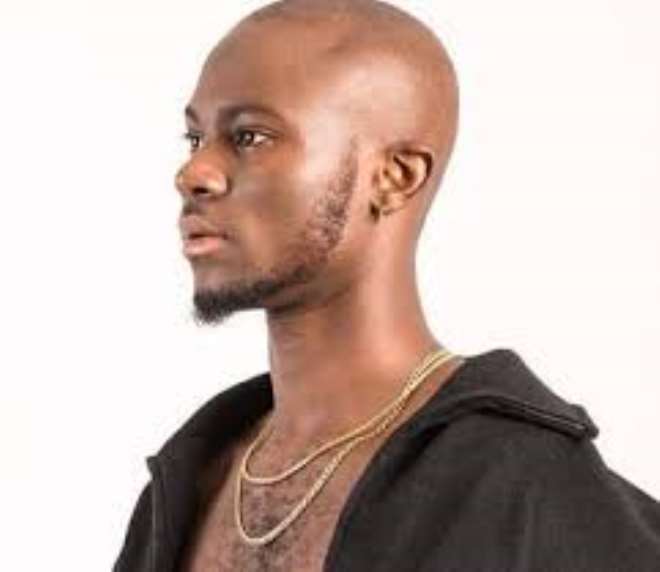 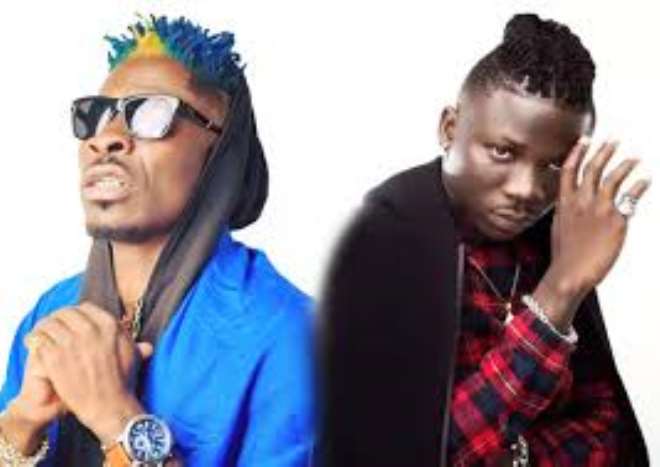