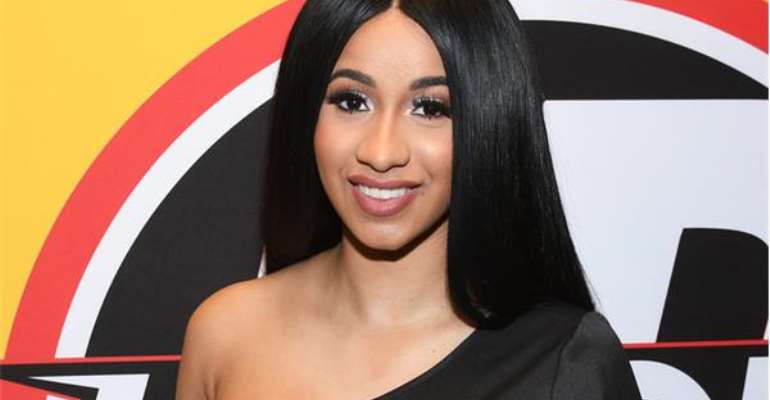 Cardi B has defended herself after a video resurfaced of her saying she drugged and robbed men who wanted to have sex with her while she worked as a stripper before finding fame.

"Whether or not they were poor choices at the time, I did what I had to do to survive," she wrote on Tuesday.

"I never claimed to be perfect or come from a perfect world."

The original video was made as her career was starting to take off and was her response to someone who said she didn't deserve success because she hadn't put in any work.

"Nothing was handed to me. Nothing," she said in the video, before going on to reveal that she would invite men to a hotel before drugging and robbing them.

In response to the furore, she wrote on Instagram that she had been

talking "about things in my past right or wrong that I felt I needed to do to make a living".

'I had very limited options' The Grammy-winner also pointed out that there are rappers who "glorify murder, violence, drugs and robbing".

She wrote: "I never glorified the things I brought up in that live [video], I never even put those things in my music because I'm not proud of it and feel a responsibility not to glorify it.

"I made the choices that I did at the time because I had very limited options."

Cardi B ended the statement by explaining the men she referred to in the old video were men she dated or was involved with, and were "conscious, willing and aware".

Earlier in the week, the hashtag #SurvivingCardiB was trending - a reference to Surviving R Kelly, the documentary that highlighted the years of sexual allegations against the star.

Some users compared the rapper to disgraced comedian Bill Cosby, who was sentenced to jail in 2018 after being accused of drugging and assaulting women.

Oh my God , Cardi B is the female version of Bill Cosby! #SurvivingCardiB

Bill Cosby and Cardi B are both criminals in my eyes. Only difference, one is female and popular in the media right now. She deserves the same treatment and punishment as him.

Other users defended Cardi's transparency. People offended that Cardi B drugged and robbed men when she worked as a stripper had no problem supporting male rappers who shot people when they worked as pimps and drug dealers.

Male rappers on the come up : I sold drugs. I pimped women. I robbed people. I did fraud & scams. I shot people. Anything to survive.

Twitter: @iamcardib: when guys offered me money for sex I would drug them and just take the money.

Earlier this year, the rapper made history when she became the first solo woman to win the Grammy Award for best rap album for her debut Invasion of Privacy.