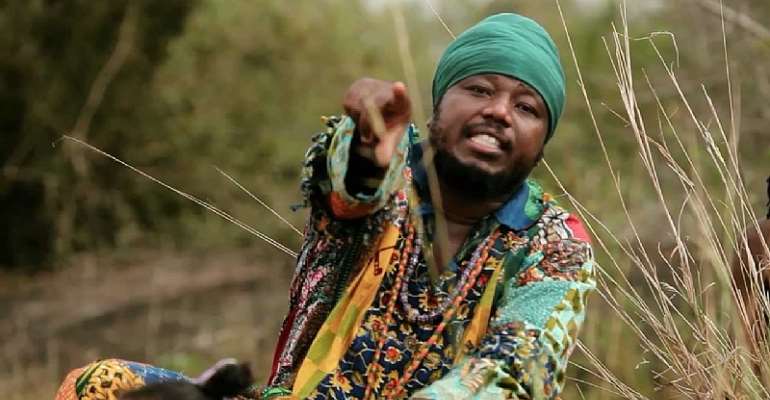 He told Nana Kwesi Asare in an interview on The Big Show on Class91.3FM, Saturday, 23 March 2019 that he wore an African print full of beads to a church, and the pastor advised him not to wear such attires to church because people will think he has fetish powers.

“There was a time I went to a church, I won’t mention the church, and the pastor or the priest or better still the prophet called me aside and said the way I was wearing the beads to the church and the way I was wearing the African print, people will think that I have some fetish power around me or I was there to promote occultism. I was shocked to the core,” he narrated.

The ‘Barack Obama’ hitmaker said, “I was so disappointed because that is the general mentality of so many people and the so-called white-coloured people, so, we need to start cutting out these things, we need to stop them and take them out. The Europeans have done so much damage to us and it is time to rise and eradicate some of these things," he stated.

“How can you convince me that the fact that I work in the office, I have to wear a suit and a long sleeve and white shirt in this tropical heat. Even the white man who came here to teach us the religion, when he returns to Ghana or Africa, he doesn’t wear the suit anymore, look at the white people who come here, those who work in our construction industry, they wear shorts and some T-shirts.

“We’re those who are still wearing, carrying the white man’s legacy, the white man left us in slavery, so, if you look at all these things you will see that our mindset is hundred per cent of what is killing us, our attitude is killing us,” Blakk Rasta intimated.

According to him, it is about time Africa stop copying blindly from the west because the more we follow their footsteps, there more we remain in captivity.