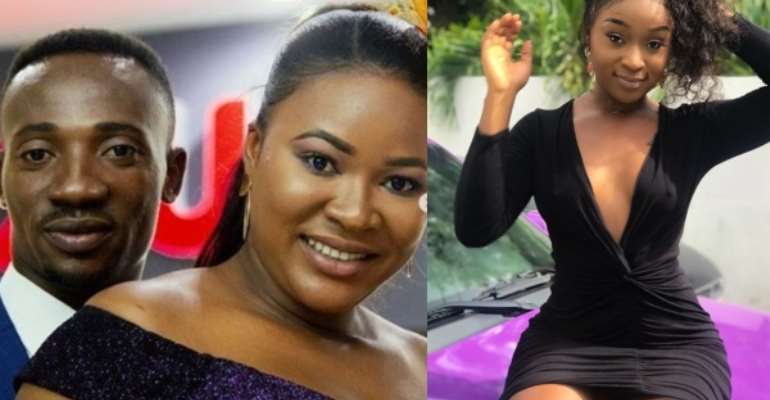 In spite of the controversies surrounding actress Efia Odo, Kumawood actor Abraham Kofi Davis popularly known as Salinko, says if he wasn't married, he wouldn't hesitate making her his.

“I like everything about Efia. She is crazy and that is what attracts me to her. Even my wife is aware that I would have gone for her if we were not married,” he told Showbiz in an interview on Friday, March 22.

According to Salinko, he used to have a crush on Jackie Appiah but now he has strong feelings for Efia Odo.

“When you know the behavior of others, you are able to stay with them. Efia Odo was born crazy and I can handle her without any trouble,” he said.

Salinko added that he had always had a thing for beautiful girls and Efia Odo is so beautiful hence his crush on her.

Sharing the secret of how his marriage has survived for seven years, the actor said his wife is submissive and never argues with him.

“Although I am quick-tempered my wife never talks back and she always calms me down. It's not as if she can’t fight back but she understands me and I always end up apologizing to her,” he said.

According to him, if every lady was like his wife, there would be no divorce.

“Men don’t like it when you challenge them and I am one of such men. I simply cannot stand a woman who will talk back at me and I guess my wife understands me, that is why we click.”

Known for movies such as The Mask, Me Judge Akasa, So So and So, Ghana Police and The Soil, Salinko said it is time for government to push money into the movie industry just like it does with sports.