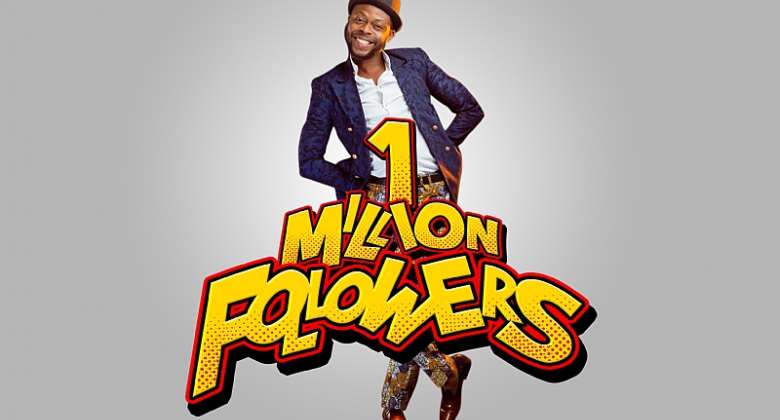 The actor who shot to fame through his comic YouTube skits dubbed ‘Boys Kasa’, has kept his tempo and head high since joining the movie industry some 5 years ago. Kalybos who has become a household name through his comic flawlessness has set yet another standard for his competitors.

In today’s world where comedy has become a vital tool for getting away from the trauma and hustles of the day, Comedians are highly-sought after and the competition is keen amongst them. It is therefore interesting how Kalybos has shot over 50 movies in the past 5 years with more than 5 of those coming in the year 2018 alone!

The ‘away bus’ actor during an interview with Tieghanaonline in the early days of 2019, noted that he’d be doing greater things this year and this new achievement may just mean the beginning of those greater things he spoke of.

Meanwhile, the only boss with one ‘s’ is set to represent Ghana at the ‘Straight Von Africa’ comedy show to be held in Hamburg and Frankfurt, Germany on 19th and 20th April 2019. He will join the likes of child comedians, Emmanuella and Success from Nigeria, Njugush from Kenya and Kansiime Anne from Uganda.

Kalybos who turns 31 on April 27 has also officially launched his website Www.Kalybosgh.com where all issues related to his career and personal life as well as brands and bookings can be found. Kindly visit the site to check for latest updates.

Hottest Photo Reports
Catch up with all the political quotes from our politicians.
Advertise here
More from Art & Culture
ModernGhana Links
Painting Kumerica: The Evolving Artistry Of Dankyi Mensah
Annual Akwaaba Festival '22 set to kick off on August 4 to 6
Celebrities must be ambassadors of Ghanaian tourism — Okraku Mantey
TOP STORIES

E/R: Body of missing Chinese man found in dam at Esaase
18 minutes ago