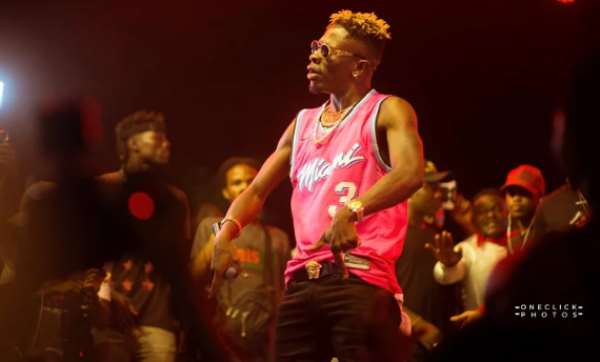 To climax the week-long activities of the 67th Legon Hall week, leading pan-African TV Show, WatsUp TV hosted an Artiste Night Concert which hosted students to the biggest celebration campus concert at the University of Ghana.

With thousands of students and a fully charged crowd in anticipation of Shatta Wale's performance, he delivered with overwhelming cheers from fans as he performed their favorite songs. His presence also set the whole campus awake, as students were still demanding for more performances when the show was over.

Also commenting on the success of concert, CEO of WatsUp TV, ABD Traore mentioned how the show was mega with Shatta Wale and promised to host a much bigger one next year.

In an interview with Anterkyi Desmond President of the Legon Hall, he mentioned the concert was a huge success and apologised to fans who patronised the event but couldn't have the headline act perform to the end due to an unplanned power cut

Other artistes who performed at the concert include: Kwamz & Flava, Sista Afia , Dahlin Gage, Sefa, Dope Nation, Lord Paper, CJ Biggerman,Cocotreyy and a host of artists.

The event which is an annual programme hosted by WatsUp TV promises to be bigger and better in subsequent years and was supported by SHOB Group, Endowed Entertainment, 369 Live & Mega Campus Concert.