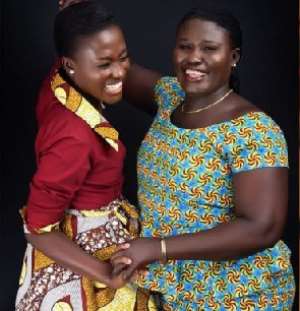 Fella Makafui's mother is the now the proud owner of a new KIA Optima car.

The car, bought by Fella Makafui, was officially presented to the mother at an event to mark the first anniversary of the opening of Fella's wine and liquor shop.

According to reports, the gift is a ‘thank you token’ to appreciate her mother's support throughout her life.

In one of the videos from the presentation, Fella was seen sitting in the white car as mother stood by the car with the papers in her hand.

Fella's mother thanked her daughter and prayed for her after which she also sat in the car to have a feel of it.

In another video, Fella and her mother were seen showing their dance skills just beside the newly-presented car.