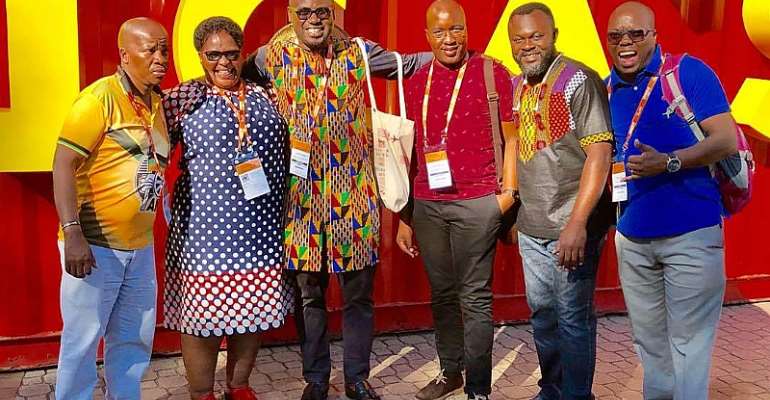 Ace broadcaster and Chief Executive Officer, (CEO) of Kaya Tours, Gilbert Aggrey, affectionately called Abeiku Santana has called on African leaders to use tourism as a means to achieve economic freedom for the continent.

According to him, tourism is a socio-economic activity which generates a lot of revenue and has the tendency to liberate the continent financially, to fulfil the dreams of the founding fathers of the African Union.

Speaking to The Spectator after receiving a Lifetime Achievement Award, Media Personality at the Pan African Republic Honorary Award, held over the weekend at the Accra International Conference Centre, for his outstanding contribution, he bemoaned the rate at which people from the continent travel to Dubai and other countries for a your at the expense of African countries.

“We should not talk about Pan-Africanism without Africans travelling within the continent freely. Africans should travel to African countries because, through domestic tourism, Gross Domestic Products (GDP) would be improved, thereby providing economic independence for the continent,” he said.

The man who had won many accolades for promoting tourism, urged leaders of the continent to take proactive measures to facilitate free movement within the continent, and tap into the numerous potentials the continent is endowed with.

Additionally, he said, when Africans trade amongst themselves, the continent could gain economic freedom and enhance development.

He made an amazing announcement about his radio career, saying, he would bow out of the media soon and pursue his new found love, Tourism.

The Drive Time Host on Okay FM, challenged the media in Ghana to live up to its responsibility as the fourth estate of the realm.

“The time has come for me to challenge myself after 22 years of service in broadcasting. I need to move to another field to make an impact on the continent,” he said.

Other prominent individuals in the area of entrepreneurship, medicine, politics, and creative arts among others were also awarded for the various important roles they had played towards national and human resource development.