Nana Tito Not Worried Over Competition In Music Industry 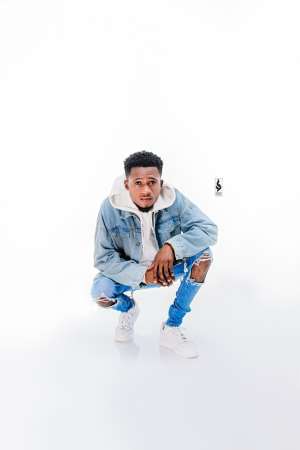 Ordinarily, new acts are wary of competition or how receptive the music industry would be to their advantage; not Nana Tito.

Since age 10, when he started giving hints of his musical talents in Nsuta Kwamang in the Ashanti Region where he grew up, he wanted to see himself as a prominent figure in the industry.

So when he got signed onto Skyroom Entertainment in 2017, he saw it as a good opening to achieve his dream of becoming an accomplished musician.

Although his songs, ‘Enfa Ye Ho’ and ‘Carry Me Go’, which he released last year did not do too well in the music space, there is a strong indication that the young man’s dreams may be coming true as his latest song, 'Somebody Needs You,' featuring Ofori Amponsah and rapper, Yaa Pono is getting a lot of attention.

With young guys like Kuami Eugene and KiDi keeping the torch alive for Highlife, it is little wonder that the genre has become so competitive and Nana Tito appreciates that.

Although the competition seems tense, especially for new acts striving to make a mark, Nana Tito says he is not in competition with any artiste as he wants to contribute his quota to making highlife music solid and more attractive to the youth.

“It is not about who is better or best because we have our individual skills and strengths and together, we can make progress with Highlife which is our own.

"Irrespective of the popularity of other music genres, Highlife defines the culture and originality of Ghanaian music and I’m happy young artistes have stuck to it,” he stated.

Produced by Kindee, ‘Somebody Needs You’ is a piece that speaks loud about faithfulness. Nana Tito in the track tells his partner to love him unconditionally.

The song, released in December last year, samples Westlife’s ‘Somebody Needs You’ and Yaa Pono as well as Ofori Amponsah.

“My vision is to produce, inspire and entertain the world with good music. I want people to get a real understanding of good music and featuring Yaa Pono and Ofori Amponsah was the right move,” he stated.