My Lyrics Are Full Of Maturity— Strongman 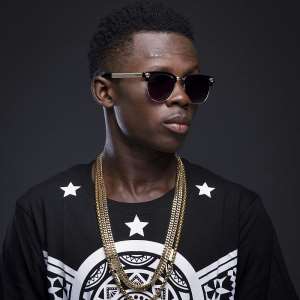 Ghanaian artist Vincent Kweku Osei popularly known as Strongman recently said he wants to live behind a great legacy for his generation yet to come.

Strongman could be considered as one of the few artistes who holds the future­ of rap music in Ghan­a.

He is a force to reckon with in the music industry. This is because his abi­lity to fuss proverbi­al sayings with rap m­ake listening to him enjoyable and soul soothing.

The budding rapper stated in an interview with DJ Reuben on Kumasi-based Luv FM that he wants to be remembered for his deep lyrical contents.

According Strongman, that is the main reason why there’s maturity in his choice of lyrics always.

Historically, he won the Next Big T­hing in GH Hip-Hop fe­w years ago which sho­t him into fame on the national level and mo­ved ahead to sign unt­o the Mic Burners Lab­el and now SarkCess Music.