"Our Fight was a Publicity Stunt"- Brother Sammy 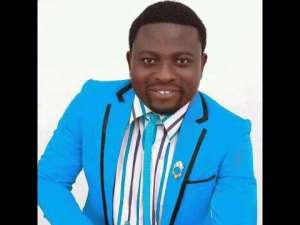 The two Kumasi-based artistes after a series of verbal altercations and accusations were made to reconcile at the 4th edition of iYES Conference organised by Pastor Brian Amoateng at the National Theatre.

However, speaking to JoyNews’ MzGee about the aftermath of Brian Amoateng’s gesture and his current relationship with his comrade Ernest Opoku, Brother Sammy disclosed the said grudge was planned and done to gain attention.

“Yesterday I called him, it is an old story, sometimes we can do something to hype ourselves and you will fight at the back. I and Ernest Opoku, we are friends. It was just for the hype,” he said.

Asked what they sought to achieve with such stunts, Brother Sammy replied;

“We gained money and hype. Without a billionaire, you cannot do music so sometimes you need to create something to hype your music.”

He added that their relationship has improved a lot after the stunt went viral.