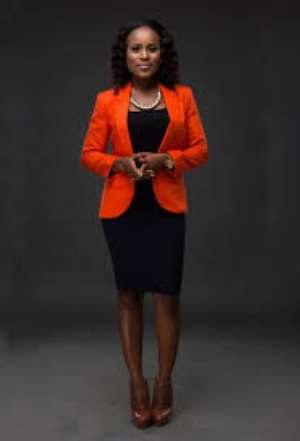 It wasn’t long when Giovani Caleb bid goodbye to EIB Network and it looks as if his co-host on Starr Drive, Berla Mundi seem to have also joined him to create new alliance with TV3.

Rumours has it that the host of the “the Late Afternoon Show and Glitterati on GH One television” will be joining TV3 in the soonest time. Reports say, EIB for the past few years has been facing financial difficulty; its workers have not been paid salaries for about four months now. However this information is yet to be confirmed by EIB Network. The exit of Berla Mundi and Giovani Caleb comes after Nii Ardey Clegg, Naa Ashorkor, Kafui Dey, George Quaye, AJ Sarpong, and Abena Owusu Nyamekye among others left the company.

Born Berlinda Addarley, she became the 15th Most Influential young Ghanaian with over a million followers on social media in 2018.She began her broadcast career as a co-host of the entertainment talk show “Rythmz”. In 2015, she launched a non-profit organization called the Berla Mundi Foundation. She also runs the B.YOU Project to mentor young female students.

We are yet to get an official communication from Berla. We promise to keep you informed!!