Acting Nude Not Part Of My Plans---Yvonne Nelson 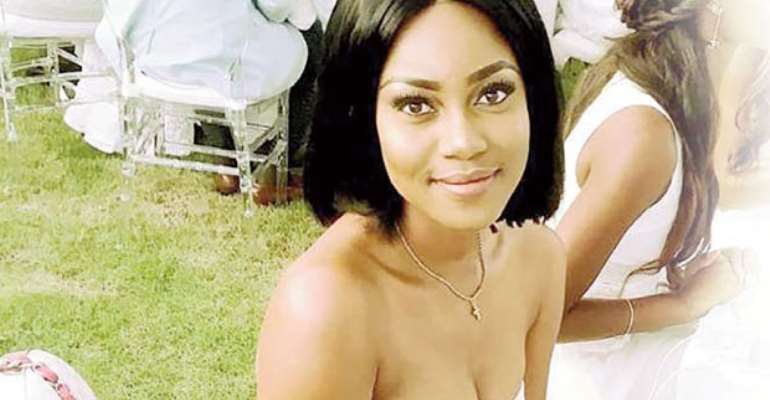 "Under no circumstance will I ever take up a movie role that will promote nudity. It becomes a bad precedent," Award winning Actress Yvonne Nelson has stated.

According to her, she has no plans to ever accept a nude role in her acting career, and her reason is that she wants to be a good role model.

According to the celebrated actress, she won't even accept $5million for such a role, adding that no amount of money can coerce her into doing that.

Yvonne Nelson, who was speaking on Asempa FM, stated that she disagrees with people who think money is everything in life.

“Oh no I won't. This time it is even crazier because I have a child.  I will never act nude because I want to serve a good example. The money is cool but no. The act is going to be there forever and I wouldn't want to do that,” she revealed.

The 'leggy' actress made the comment while speaking about her role in her upcoming movie, 'Sin City' on Asempa FM.

Her initial response was “no” and that run throughout her submission.

Yvonne is playing the role of a wife in the upcoming movie which talks about the difficulties in marriage, covering the mysteries of love, mortality, loyalty, and human vows.

'Sin City' is about the choices people make and the repercussions that come with it. Directed by Pascal Amanfo, its cast also includes Adjetey Anang, Kunle Remi, Regina Van-Helvert, Kweku Elliot, Oscar Provencal and a host of others.

It is set to premiere with a grand red carpet event on Valentine's Day, February 14 at the Silverbird Cinemas in Accra.