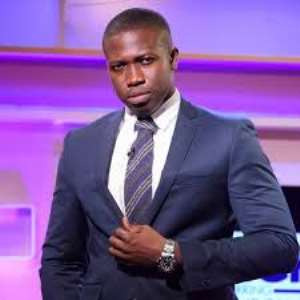 When we see our favourite actors and actresses acting flawlessly on TV or on stage, they seem to portray the ideology that acting is effortless. But Popular Actor and talk show host Andrew Tandoh-Adote has averted that assertion by stating that acting on stage is extremely challenging and tiring.

“If you see us walking and singing on stage, we make it look easy but actually a lot of work goes into it and what people see is the result of the rehearsal,” he told Doreen Andoh on the Cosmopolitan Mix on Joy FM.

He stated that the team put in a lot of work into the rehearsals of the play to make the final work flawless. Mr. Tandoh added that mistakes can be covered up when acting in movies because it is not live, however, forgetting lines or having a costume problem when acting on a stage can be a bit traumatising.

“At one time, the lines and cue in two plays I was playing a role in were identical, during a rehearsal of one play, someone mentioned the cue and for some reason, I responded as a character in another play,” he said.

He further on added that it is less intimidating when they the actors do not put emphasis on the number of plays they are putting out and focus on one play at a time to make line memorization easier. He also added that there are times they memorised new lines while the play was ongoing.

He added a scenario where they had to work with new lines Uncle Ebo Whyte had written because a character came on stage 30 minutes earlier than his usual time.

“His coming was also a sign that the play is about to end and so many issues [in the play] had not been resolved yet. He comes on stage and we are all shocked because he is not supposed to be there. So now, everything we have learnt is out and uncle comes backstage to write new lines for the characters and signal them to come for the lines backstage till the play was done, everyone thought it was flawless but they had no idea what we had just gone through,” he explained.

The Roverman Production’s actor said the constant rehearsing and acting puts them in shape and helps them grow to be better on stage than before.

Giving further examples of some mistakes one can make on stage, Mr. Tandoh-Adote stated a female actress accidentally drunk alcohol on stage because someone forgot to empty the bottle and refill it with water.

“Luckily she was able to say her lines and go through the scene even when she started sweating,” he said.

He talked about another incident where a character ate so much food on stage he could not walk when he came backstage and had to lie down.

He also added that Uncle Ebo Whyte has been a great support for the team in achieving the goals they set for themselves.

“You’re working with a man who doesn’t fit into the mold of a Ghanaian who is happy with a small achievement, but he’s always looking for a way to challenge himself and his team,” he stated.

Even though they work hard to conceal their flaws, it is never easy pretending to be someone you are not in order to entertain an audience. Actors go through a lot to produce the movies and plays we enjoy so much so they deserve to be acknowledged for their efforts.