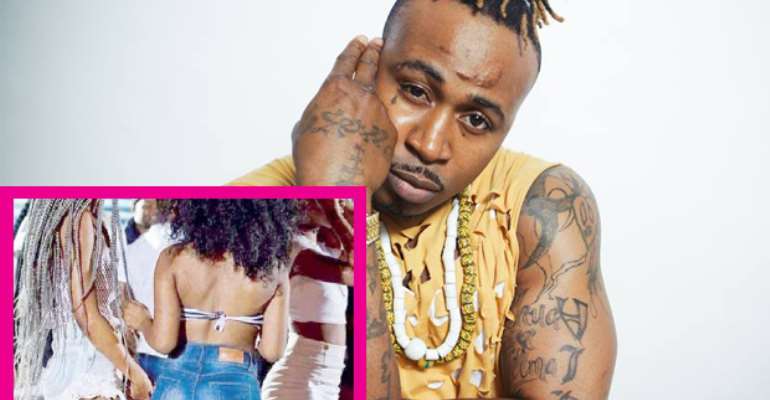 Rapper Promzy Afrika has diss women who dress in skimpy outfits that show off their 'assets' in inappropriate ways in public.

According to him, women should learn to dress well, if they want to be accorded the necessary respect.

He also added they have the choice to wear whatever they want to, but they should remember they have the responsibility to teach their daughters and younger ones who are watching the right things.

Promzy, who was speaking through a post on Instagram on Tuesday, seemed to be disgusted by latest trends of ladies exposing themselves on social media platforms.

“Be a good role model because your daughters and younger ones are watching,” he said.

The post came with a photograph of some ladies wearing revealing shorts.

The photo had an inscription which reads: 'what attracts a man’s attention doesn't always attract his respect. What turns a man's doesn't always turns (sic) his heart. Ladies please dress how you would like to be approached and talked to. Don't dress like a street vendor and expect to be treated like a queen.”

Promzy is one of Ghana's celebrated rappers, known for his ability on songs by VIP, one of the first music groups which emerged during the early stages of hiplife.

In recent times, he has been dedicating his social media platforms to motivating and advising the youth when the need be.

It is, therefore, not surprising he is advising the 'skimpy dress loving' ladies.